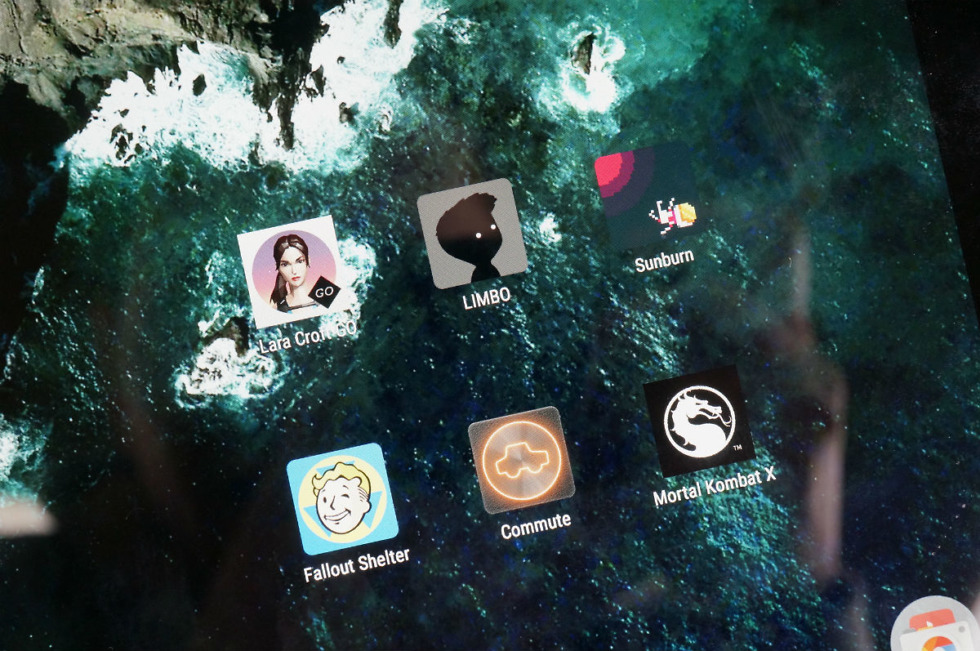 We already delivered our Favorite Apps for 2015, and now it is time for the games. Oh yes, the games. How far we have come over the past few years, seeing the release of major titles for mobile devices that were once the pinnacle of console gaming. For example, the Grand Theft Auto series is available on Google Play for virtually any Android device with enough storage to hold them, and that series was the biggest thing to hit consoles ever. Now, they are merely apps on our phones. Pretty mind blowing, if you ask me.

In 2015, we saw the launch of many great titles, a few of which are currently limited to select Android TV units. While, yes, DOOM 3 and Never Alone are fantastic, run on Android, and deserve a spot here, this list will focus solely on games that can be downloaded via Google Play by any Android device.

Without further ado, here are my favorite games from the year 2015.

While this list is not in order or anything like that, if I was to give a gold medal to one of these games, it would be Fallout Shelter. Somehow, during the time of developing and releasing Fallout 4, Bethesda found the time to create Fallout Shelter and release it onto Android for all of us fiends of everything Fallout.

In the game, you act as an overseer for a vault that has survived the nuclear apocalypse. To begin, you must bring in a few dwellers, create jobs for them, and then protect them from Raider and Death Claw attacks. As you advance, you must manage resources and know when to send dwellers out into the Wasteland for supplies. To put it simply, I spent hours and hours playing this game.

For anyone who plays Fallout or likes the idea of an apocalypse, I recommend it.

If I’m not mistaken, Hitman GO was in my top games list from 2014, so of course, Square Enix had to surprise me and make another great game based on the same turn-based gameplay. This time, we follow Lara Croft of Tomb Raider fame, a well-known explorer who always finds herself in crazy situations.

Much like Hitman GO, everything is based on single movements. When you move, baddies move, and if you are spotted, you die. Lara Croft GO brings another dimension, as you can now travel up (vertical), instead of just left, right, forward, and backward. It makes a few levels quite the challenge, but with fun music and sweet graphics, it makes up for any frustrations you might have when not beating a level.

When I needed a quick gaming fix and didn’t feel like dealing with Death Claws or something from Fallout Shelter, I played Sunburn! This game is quick to pick up, but the story is also quite touching. You are the commander of a crew that is lost in space, and with no resources, the best thing you can hope for is a quick and somewhat painless death. So, what better way to die than by flying yourself directly into a burning star?

To play, you fly around in a little jetpack collecting your crew members, and then fly everyone into a nearby star. This game does not feature any happy endings, but again, that’s what I liked about it. It’s very morbid.

From the same folks who gave us Granny Smith, Does Not Commute easily makes this list. In this game, which leads me to never want to drive ever again, you direct traffic in a world full of unruly road warriors. Everyone has somewhere they need to be, and it is up to you, the player, to get everyone to their destinations in one piece.

As you progress, you must deal with a growing amount of vehicles to manage, and quite quickly, you will find that your timing needs to be extremely impeccable if you are to succeed. Considering it’s Mediocre (the game studio), it plays and looks incredibly good on mobile devices. Although, side note, we need a Granny Smith 2 really bad. Maybe next year?

Limbo is by no means a new game, but for Android users, it launched in February. This game takes place in a shadowy world of dreams, featuring large spiders, puzzles that will leave you boggled, and characters deaths that may have you laughing pretty hard.

The game is your basic platformer, but it’s all about the mood and atmosphere that the game sets for the players. It’s a dark, scary world, and you never know what is hiding underneath that rock or behind that tree. The game was a major success on multiple platforms, which has me hoping for a sequel badly.

I don’t think Mortal Kombat X needs an introduction or explanation as to why its kicks ass — it just does. I have been playing Mortal Kombat since I can remember, and in fact, it may be one of the first video game experiences I ever fondly cared for. I would plead with my father to give me quarters so I could head down to the local laundromat to play the arcade version they had. Since then, Mortal Kombat has always delivered a sense of enjoyment whenever I would rip someone’s spine from their body. Oh yeah, bloody times.

In this release for mobile devices fashioned after the console version of the same name, you can play all of your favorite characters, and perform all of the moves you love. You kick, punch, and kill. That is the point after all of Mortal Kombat.