We have gone over your questions, tasking our team with answering them, and are now ready to provide Volume 34 answers for the DL Q&A Sessions. Topics covered include our thoughts on the stagnation of the mobile tech space, quick charging and batteries in general, what we would ask Google if given the opportunity, and if the Nexus 9 is still a good purchase.

We go into great detail with our answers, so please, give them a look over and see if you agree with any of our personal takes. If you disagree, well, let us know in the comments so we can argue with you directly.

Read on to see our answers to your questions.

Do you feel mobile tech, with all the advancement in years, is starting to get stagnant?

K:  I’m tempted to say yes, only because we haven’t seen any major advancements in anything in the past year or so. However, I feel like everything everyone makes is sooooo good these days, that it’s hard not to get excited. A couple of years ago, we had qHD displays, 5MP rear cameras, and single-core processors. Now, we have full-blown computers in our pockets with point-and-shoot level cameras, Quad HD displays, bodies made of premium materials, and insanely robust software ecosystems. Not only that, but you can get all of this new stuff for half the price of that old terrible stuff from a few years ago. So there may not be these major advancements to get excited about, but it’s still easy to find fun in how good everything is.

T:  It depends on what you label as innovative, I suppose. To me, I wouldn’t necessarily say it’s getting stagnant, but we aren’t seeing new features pop up left and right. However, new tech is being baked into devices all of the time, which leads me to believe it’s not stagnant, such as fingerprint readers, mobile payment technology, and super good display technology. I think what we have seen take place over the past few years will just continue to evolve. Displays will see high resolutions, processors will get faster, cameras will get better, etc. I’m fine with this, as long as Google keeps making Android fun to use.

R:  In some ways, sure. We’ve seen smartphones for a while now. We know what the future of tech looks like for a while. That makes it less exciting, but at the same time that makes it ripe for disruption. As things “stagnate,” or perhaps more accurately, proliferate and become more common it becomes easier for someone to come in and shake things up. We might not see that for a little while, but it will come eventually. And that’s besides the fact that we just entered the second major phase in the design of mobile with Metro, Material, and iOS 7+. That was a huge undertaking that dramatically transformed how our devices look and work. I don’t think that should be underestimated just because we want to see the next phase in hardware evolution. 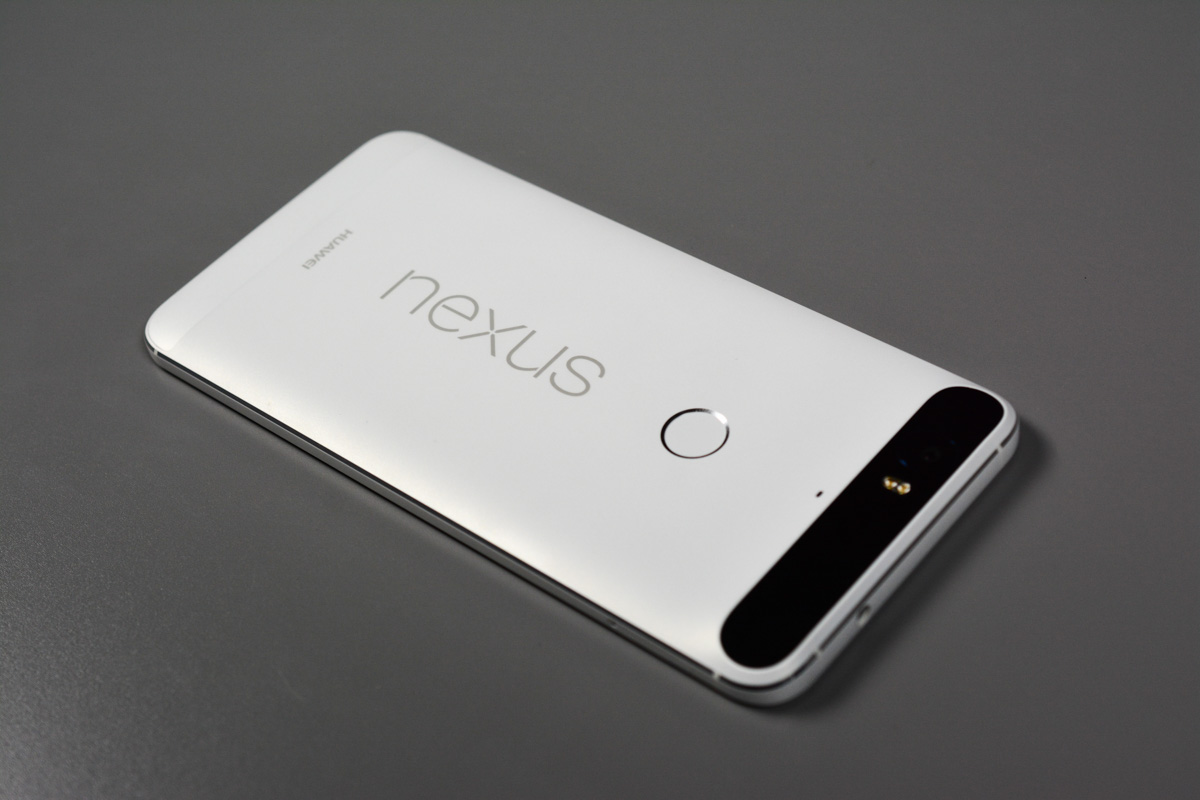 Which OEM will make the Phone of the Year for 2016 based on their growth from their 2014 flagships to 2015 flagships?

K:  Google. The Nexus 6P is probably the phone of the year, or at least a close 2nd behind the Note 5. Assuming they don’t take some sort of weird step backwards, they’ll likely topple Samsung.

T:  I really hope it’s HTC. I’m not even joking. I want them to have a winner, but to do so, they need to put some effort into their strategy. We don’t need iPhone clones – we need sophisticated hardware and software design, integration, and better update support. No gimmicks. Everything was good during the M7 and M8 period, but with the M9, the train get derailed and has yet to correct itself. If HTC is gone by next year, then I guess Motorola and Huawei have put themselves in a good spot to succeed.

R:  I think we should expect to see Huawei become more and more important in 2016. Whether or not they’ll make the phone of the year is yet to be seen, but I’ve been the most impressed with them this year.

Is purchasing a Nexus 9 a bad idea at this point?

K:  No, not really. If you really need a tablet, it’s a solid tablet that runs stock Android and gets the latest updates the fastest. I don’t know that there are any others out there that can claim that title, except maybe NVIDIA’s Shield Tablet. Honestly, almost all Android tablets fall into the “We just made this to have something, but it’s not even our full effort” category, so I’m not sure what else you would even consider.

T:  Absolutely. Don’t do it. Better options are probably coming, believe that.

R:  Probably. Honestly I don’t know that there’s ever a great time to purchase an Android tablet. Because they’re low in sales they don’t get updates as quickly or regularly as they should. Honestly I’d get an iPad or wait for another tablet refresh from Google.

If you had 10 minutes to ask Google anything and they had to answer, what would you ask them?

K:  I feel like you are looking for something deep and moving, but I don’t have that. I want to know simple things like – Why does Hangouts on Android suck so bad? Why did you kill the swipe-up for Google Now in Marshmallow (Now on Tap is a niche feature and shouldn’t have replaced it)? What is Matias wearing today? Why doesn’t stock Android have double-tap-to-wake in phones? Where is my damn Google Music Family plan?

T:  I would probably ask about company financials, Eric Schmidt-related questions regarding his lifestyle choices, and probably just a lot of personal questions that I don’t need to air here. Oh, and why they limit me to deactivating only 10 devices a year on Play Music. Don’t they understand I use about 30 devices a year?

R:  I don’t think I have any questions that I want them to answer so much as things I want them to do. I like what I’ve seen with the Pixel C, but I’d love an actual Android phone from them. I want to see them continue to do services really well and to make more native options because while the cloud is the future, native is forever.

How many tattoos do each of you have? Meaning of them? If none, why not?

K:  None. Don’t know why, but just hasn’t ever really been something on my list of things to do.

T:  Counting each one individually, I believe I have 10. A few have deeper meanings, others do not. A few of them I just thought looked badass. The two sleeves I am working on represent the 7 Deadly Sins. I’m not an overly religious person, but again, I think it’s a great platform for art. I have a Danzig skull, the beginnings of the cover artwork for Gojira’s The Link, a Les Paul tribal-ish guitar, a Suehiro Maruo piece, and some other little stuff. I got into tattoos when I was at an early age, but of course, I was too young to get them. So, when I was 18, I started up fast!

R:  I don’t have any tattoos. There isn’t a major reason for this. I just don’t have any desire to have something printed on my body for most of my life. I’m not necessarily opposed to them, but I don’t feel a need for one in my life either. 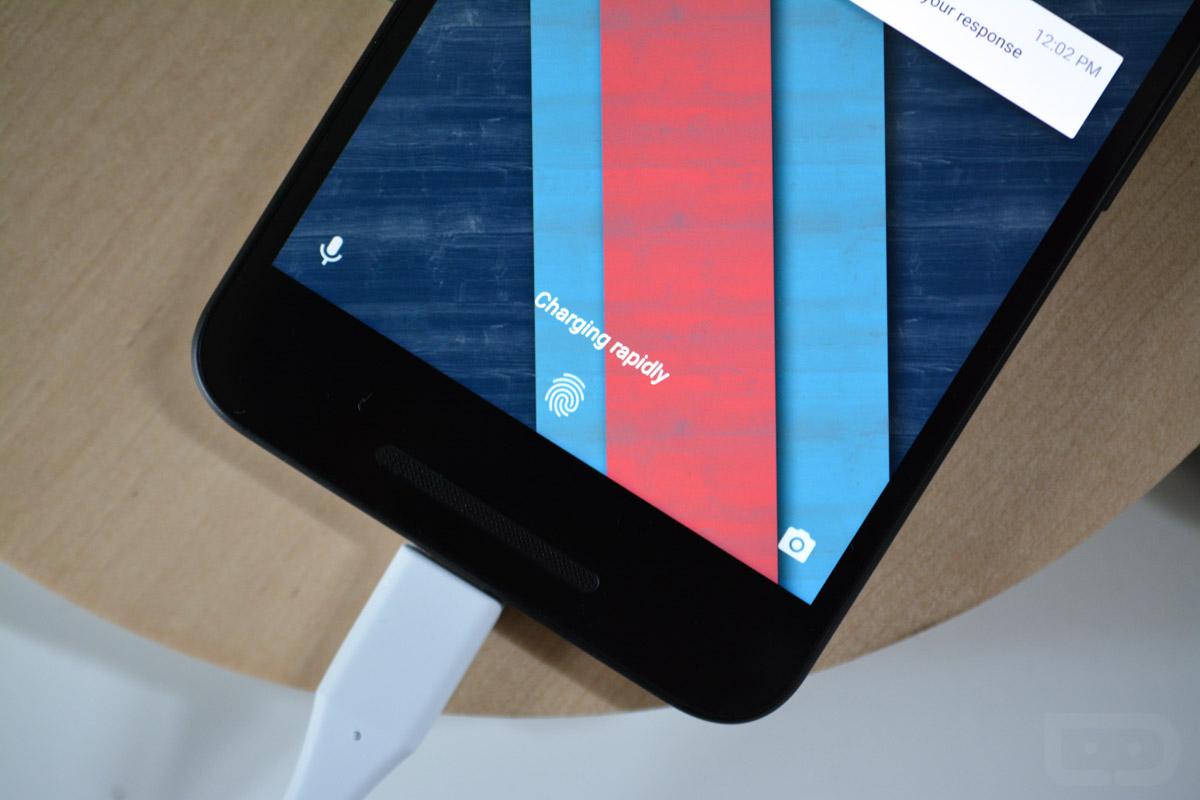 K:  Lord, I hope not. The last remaining weak point in modern phones (well, laptops and tablets too) is battery life. It’s ancient technology that no one can seem to find a way to advance. I’m not an engineer or a scientist, so I’m not going to even attempt to understand why that is. But come on, there has to be some smart dude out there that can crack this thing. If we can pack a 4K display into a phone, why can’t we find a battery material or technology that lasts more than 18 hours?

T:  I hope not. I think it’s fantastic that I can charge my battery very quickly these days, but it would be better if I just didn’t have to plug in as much, or at all. I’m sure one day, when our devices are all powered by nuclear fission or fusion energy, that will be great. Battery life for days!

R:  Absolutely not. Quick Charging and wireless charging are workarounds to the real problem: batteries don’t last as long as we need them to daily or yearly. There have been some breakthroughs reported, but we still need better batteries that keep a charge longer, not that have better and faster ways to charge.

K:  I feel like I still need more time to decide. I’m finally using the Nexus 6P on the daily, but as I mentioned above, the race is between this and the Galaxy Note 5. I love stock Android and this 6P design, but you’ve got to hand it to Samsung – they killed it this year.

T:  I am stuck between the Galaxy Note 5 and Nexus 6P. If I had to choose right now, it would be the Nexus 6P, I think. However, the Galaxy Note 5 is very good. Both have a lot of pros and not many cons. You can’t go wrong with either. Maybe it’s a tie in 2015? That’d be a first.

R:  I think the Nexus 6P is the front runner for now, but there have been a lot of solid phones this year. 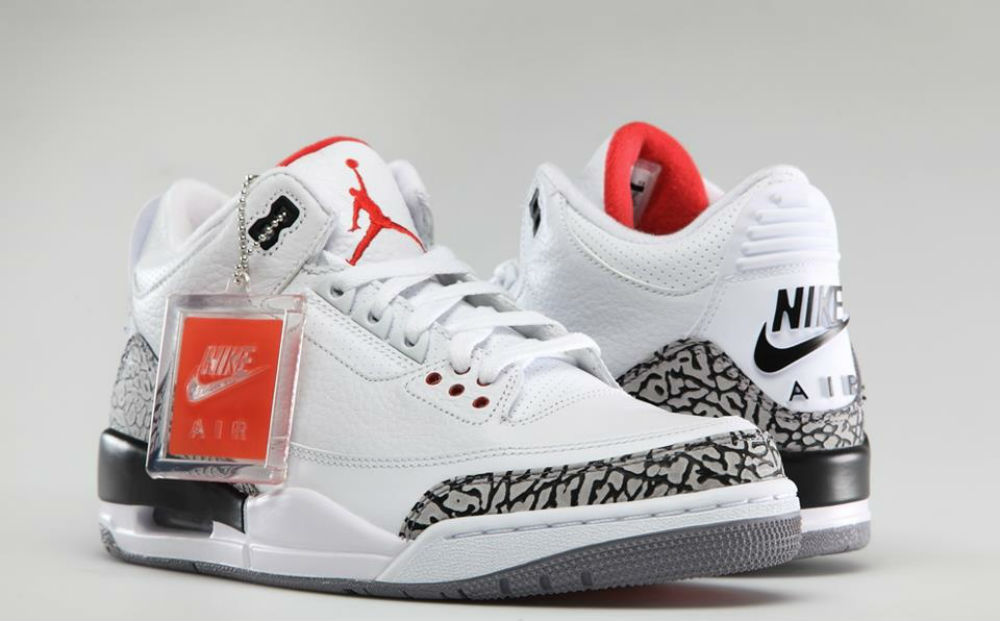 What are your top 5 sneakers of all time?

K:  The Jordan 3 “White Cement” is the best sneaker of all time and I don’t think it’s even close. After that, in no particular order, I’d probably go Jordan 1 “Royal,” Air Max 1 in the original red/white/grey, Kobe 6 “Grinch,” and the Jordan 3 “True Blue.”

T:  My list will likely be a lot different from Kellen’s, as I enjoy the new school kicks a bit more. In no particular order, I would go Kobe 9 iD “Multicolor” Low QS, KD VI “DC Preheat”, KD VI “What The”, Kobe 8 “What The”, and probably the Jordan 4 “Cement.” I’m a big Kevin Durant fanboy, so anything KD gets me excited. I like a lot of different shoes, but right now, Nike gets most of my shoe money. They are my next door neighbor, after all.

R:  I’m wearing some 2 year old New Balance sneakers. I don’t follow Sneaker-Life.com or anything. At some point I’d like to get some nice new shoes, but it just isn’t something that’s on my radar.

How are you enjoying Black Ops 3?

K:  Wish I had time for this game.

T:  I could probably take up hours talking about this, but so far, I like it a lot. It’s a whole lot better than Advanced Warfare, that’s for sure. The balancing seems good, even with all of the Specialist abilities and weapons. All the guns are OP as heck, the time to kill is insanely low, but overall, I love playing the game. My main beef right now would be the sound. Listening for footsteps is insanely powerful, which is great for clutching SnD rounds, but it makes gameplay pretty slow and campy. It reminds me of MW3 when Sit Rep was buffed to hear Dead Silence, which essentially ruined that game for competitive players such as myself. If you like CoD, definitely check out BO3.

R:  I’ve been debating whether or not to pick it up. It looks good, but I haven’t played through an actually Call of Duty game since Modern Warfare 3. Most of the time if I have time to play a game it’s Destiny. Battlefront looks amazing.