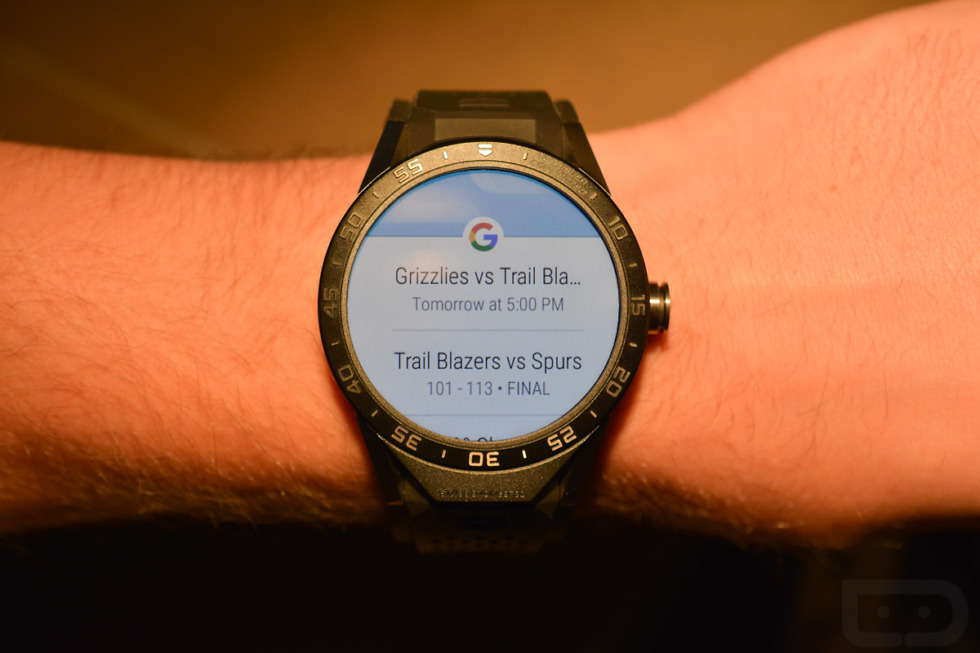 It’s tough to tell where this originated from, but thanks to an update to either the Android Wear or Google apps, some of us are seeing a new Google Now card on watches, along with cleaner traffic cards. I say that it could be from either, because both received updates within the past day, though one could be the recently launched beta of the Google app and may not be available to all.

After the update, the new Google Now card shows as a collection of sorts, with items like upcoming sports scores or recent/future games, shipped items that are being tracked, and weather. If you slide over from that initial card, you get a breakdown of your Google Now stream, with separate items that can be touched for more info. You can even pull-to-refresh the page, like you would do on your phone for Google Now.

Here is a quick look at the new Google Now card.

As for the new traffic cards, I’m told via reader that they are much cleaner and easier to recognize by color than in the past. Below, you can see those as well.

Seeing any other new cards?