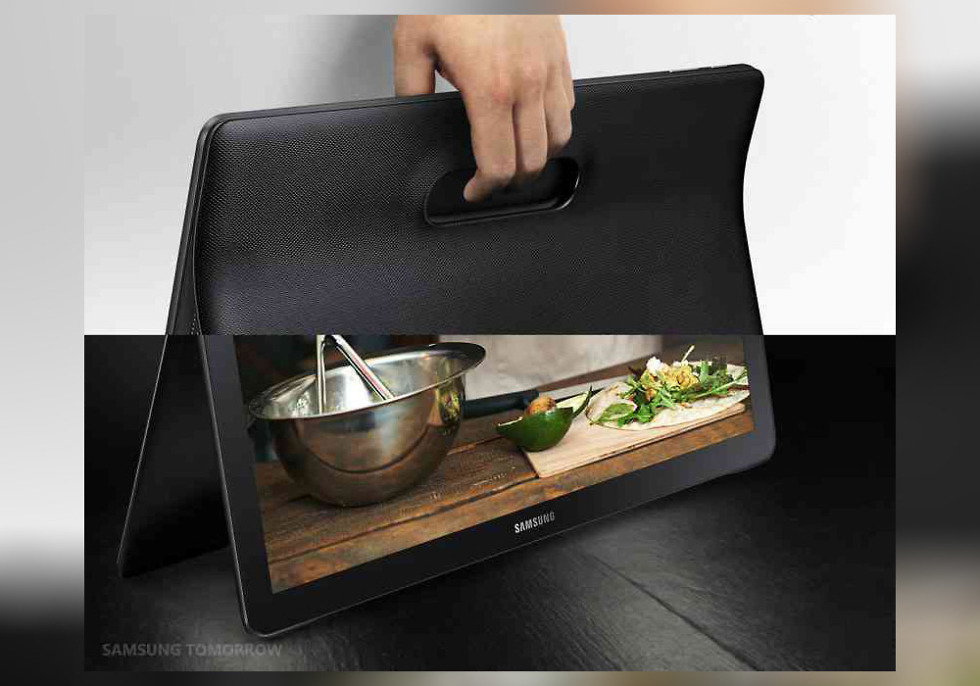 This morning, Samsung officially took the wraps off its Galaxy View tablet, which is the behemoth of a slate that has been talked about ad nauseam lately because of its enormous 18.4-inch display.

The tablet, while big, doesn’t exactly scream “high-end” now that we are seeing the specs breakdown. That 18.4-inch display is just Full HD (1920×1080) and it only has 2GB RAM. Samsung is bragging about its battery life, though, that can supposedly last through 8 hours of video, thanks to the 5700mAh battery inside. The tablet has has 802.11ac WiFi, LTE, an octa-core processor, cameras, and runs Android 5.1. Samsung is also talking up the tablet’s “video-centric interface.”

We don’t yet know pricing or a date of availability. 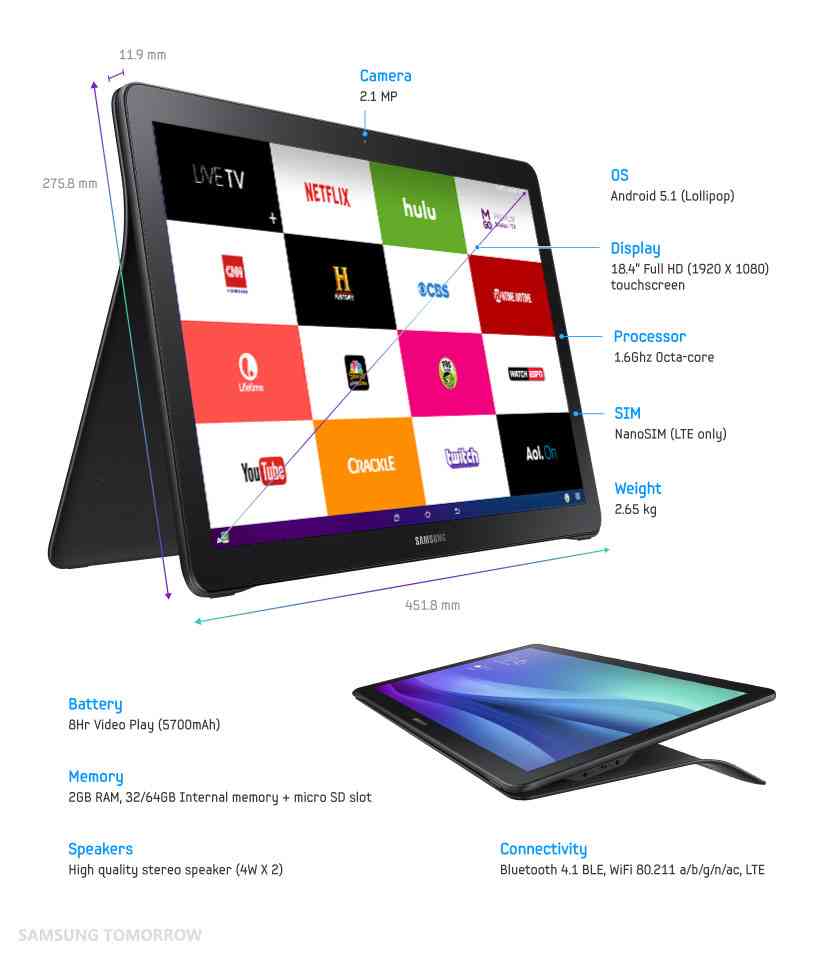