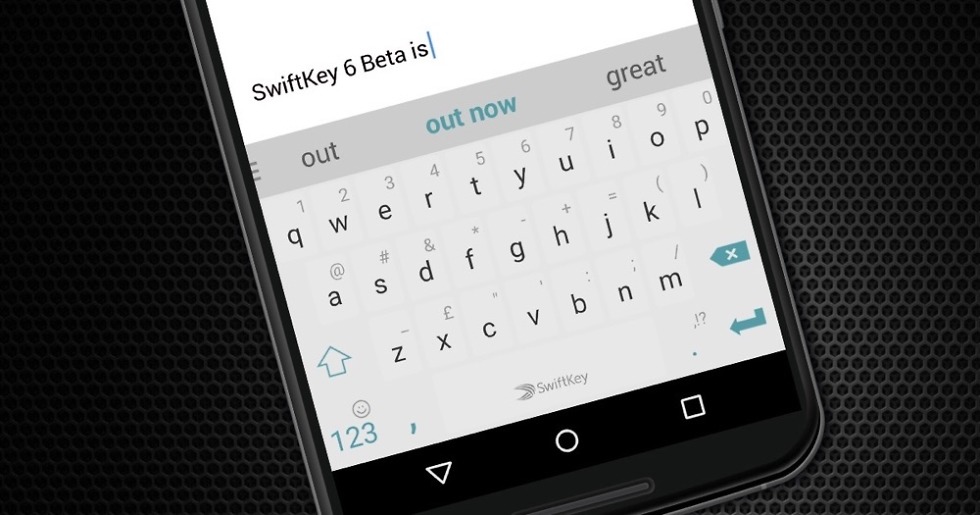 Swiftkey is pushing a version 6.0 of its popular keyboard this morning to its public beta channel. The keyboard maker is calling it the “biggest launch of new features” since they made Swiftkey free to all last year.

In the update, Swiftkey is introducing Double-Word prediction, which is exactly as it sounds. Instead of only offering up single word predictions, Swiftkey is now attempting to “predict the next two words you’re likely to type.” If you take a look at the image at the top of this post, you can see the idea in action, where Swiftkey has typed out “Swiftkey 6 beta is…” and the keyboard is predicting “out now” as the next two words.

Along with the new Double-Word prediction, 6.0 gets a more accessible emoji panel that loads quicker and makes it easier to find the “fire” symbol, since that’s the only one anyone needs to use. The settings menu has also been completely overhauled, plus Swiftkey is tossing in a new theme called Carbon Light.

The beta should be live now on Google Play, so grab it at the link below.