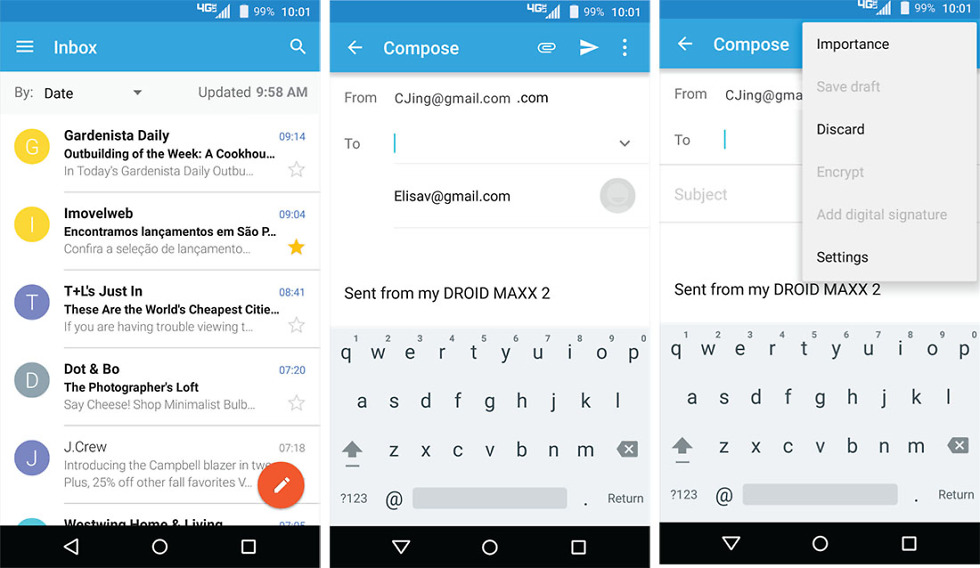 Motorola and Verizon will more than likely announce the DROID MAXX 2 at a press event in New York City on October 27. In case you had any doubts, look no further than the Moto Email app that was published today on Google Play. In the series of screenshots uploaded along with the listing, the person who took the shots has openly signed each as “Sent from my DROID MAXX 2.” Yeah, I don’t think it gets any more official or confirmed than that.

It should also be noted that this app can’t be installed on any phone I own, including those made by Motorola. You have to wonder if this app wasn’t posted prematurely and should have been held back until the MAXX 2 was actually announced.

As for the Mail app itself, Motorola appears to have included a whole bunch of tweaks to it, like picture attaching from the camera, progressive search capabilities, customizable peak time schedules, and more.