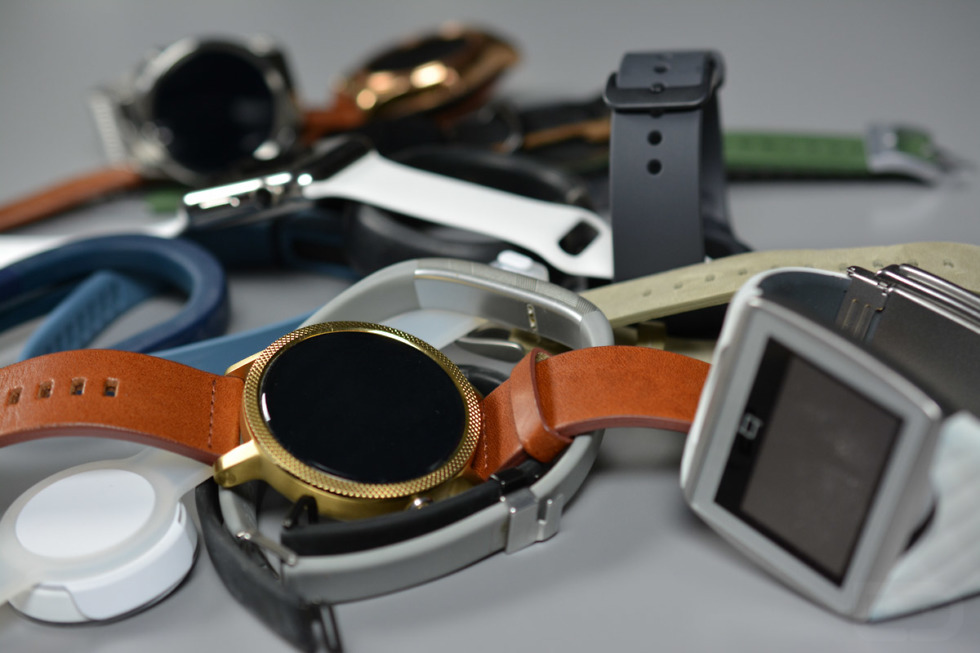 I’ve spent the better part of the last year or so with a smartwatch or smart something-or-other strapped to my wrist. It has been a miserable experience. From Android Wear to Pebble to Apple Watch to Samsung’s new Tizen-powered Gear S2, I think it’s safe to say that I’m smartwatch’d out. I need a break. My wrist needs an immediate break or I might snap.

Incoming buzz on phone! I now just assume it’s something that I need to take care of, but you know what, I’m wearing a smartwatch and so I may as well not pull my phone out at the slightest chance that this buzz is just glanceable info. Watch buzz received! And yep, it’s a f*cking email that I can’t fully read because this watch won’t show me the full thing. So yeah, out comes my phone.

Incoming buzz on phone! Hey, another buzz that will soon arrive on my watch that will then force me to pull out my phone anyway. Watch buzz received! Yep, it’s a Hangouts message and I’m in a place that won’t exactly work in a voice-to-text scenario, assuming it can even translate half of what I say the first time. I also don’t feel like being the guy in the room talking to his watch. Out comes my phone again!

Incoming buzz on phone! Will it ever end…let me guess, another thing that will soon be on my watch that I’ll also need to just pull my phone out for anyway. Watch buzz received! Shocker. The asshole I just emailed has emailed me back and I can’t read anything on this stupid small screen. Phone to the rescue!

Incoming buzz on phone! Buzz before I can see the last buzz. Buzz again. Buzzzzzzzzz. GAAAAAHHH STOP. If you keep buzzing, smartwatch, I’ll now not only be stressing about buzzes and whether or not I’ll need my phone out, I’ll also be worrying about your battery life. Actually, too late. Now staring at battery percentage, attempting to calculate number of hours remaining in day or whether or not I need to find another human with this thing’s proprietary charger, which is hilarious because those people don’t exist.

Swipe a color…green to accept, I’d imagine. Wait, do I talk into this watch or pull phone out or is this speaker working? WTF. This person is going to hang up. PULL PHONE OUT ANYWAY.

I often wonder if maybe leaving my phone behind for a bit is a good idea, you know, going the WiFi route. It’ll be like almost disconnecting from the world. BUZZ. Email! Text message! eBay inquiry! Facebook event invite. Calendar reminder. GO FIND PHONE. Nope.

Fitness…how about a run? That will really get me using this thing properly. Wait, I need to bring my phone with. I need the full app experience. What if someone calls me? What if I miss a buzz? This thing doesn’t have GPS anyway, so I have to bring it all. Buzz phone. Buzz watch! Pause running app to respond. Respond (on phone of course). Re-start run…ummm…where the hell did it go…swipe through cards…swipe left, right, tap…the app crashed. Open on phone to re-start. I quit.

I can’t handle it. I’m so over smartwatches at the moment. My life isn’t easier with them in it. Smartwatches are only adding a layer of complexity that I don’t need. They are another layer in this vicious smart world of ours that begs for our immediate interaction and response. They aren’t convenient. They aren’t even that smart. Some think they are, but your watch is really like this half-baked, knock-off version of whatever your phone is running. It won’t get the job done 99% of the time. It’ll just remind you that your phone is there, waiting for your interaction.

Is that what we all were asking for? Were we really asking for tech companies to give us a wrist-worn reminder that we have a phone in our pocket or bags? I wasn’t.

Back to single buzz life for me. After this Gear S2 review…

Edit:  This post is not about double buzzes and enabling the “silence notifications on phone” feature that so many are suggesting. That portion of this opinion piece is really nothing but theatrics. This story is about smartwatches currently being nothing more than a constant reminder that you just need your phone anyway. At this time, I just don’t feel like they make anything simpler about your life and instead just another layer of distraction and complexity.