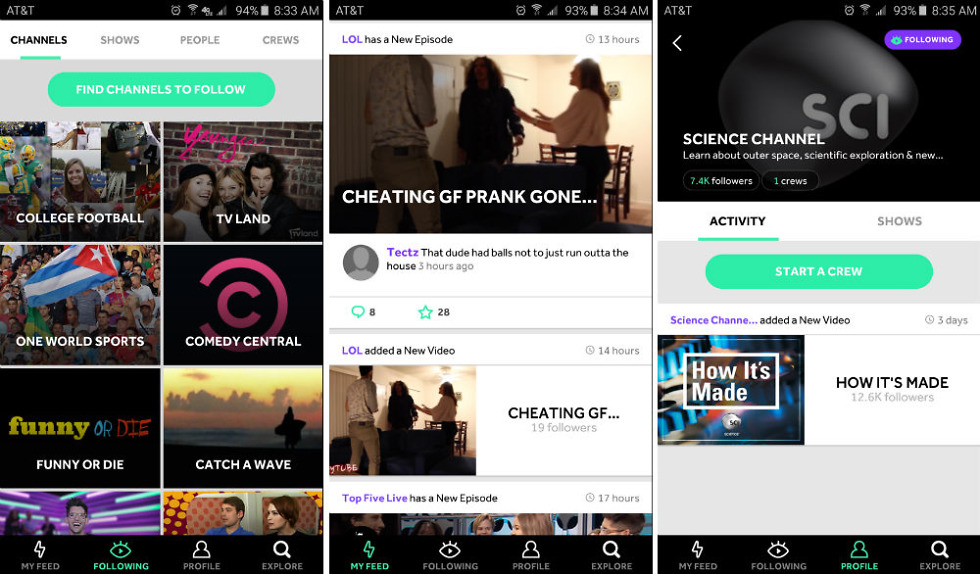 Verizon’s go90 social network, based on videos from creators and major publishers, is now out of beta, available for Android users via Google Play and iOS users on Apple’s App Store.

As previously written when the beta released, using the service is pretty simplistic if you are a big fan of taking in excess amounts of media. To start, you choose a few topics you enjoy, then the app automatically curates a few videos you should enjoy, plus subscribes you to channels you might like.

As for what content you should expect to see, Verizon just signed a partnership with Univision bringing a bit of its content to the service, as well as MTV, Comedy Central, AOL, HuffPost Live, and much more.