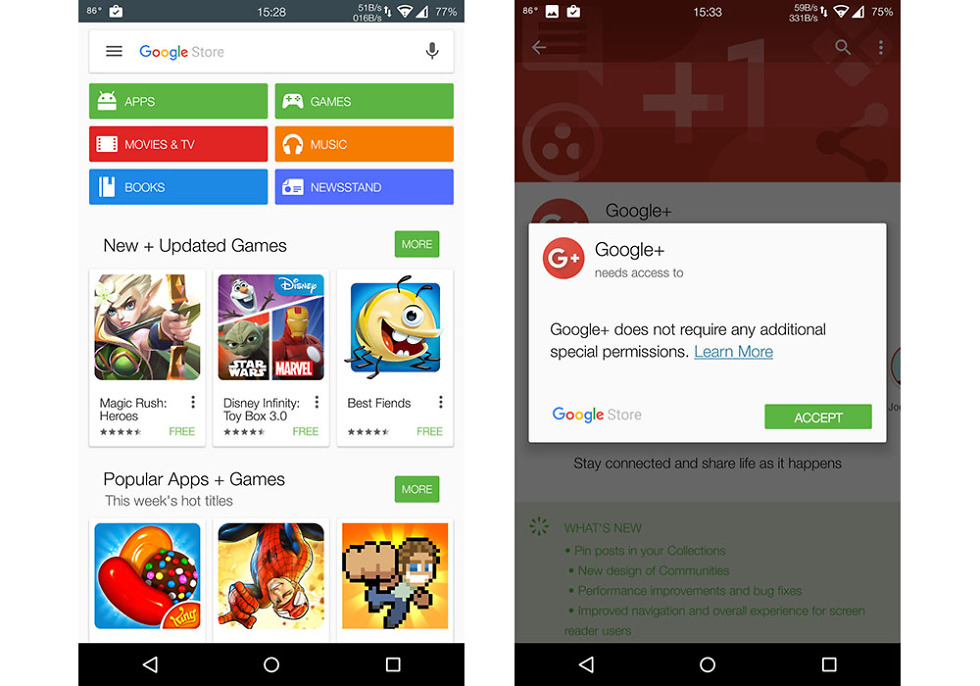 Whoa. With the recent introduction of Google’s new logo and branding, are we about to see the retirement of the Google Play name? Or maybe just the Google Store taking over as a general term for Google’s offered products? According to the images above that showed up through a server-side switch on a reader of ours’ Play store, we are seeing “Google Store” replace “Google Play” in both the top search bar in Google Play and in permissions pages.

So what does that mean? Without confirmation from this happening everywhere, it’s tough to say. It could mean that Google is ditching their odd “Play” add-on and just going with Google this or that. In other words, everything could (and should for everyone’s sake) become Google Music, Google Books, Google Newsstand, Google Movies & TV, etc. The whole Play thing has always been awkward and unnecessary.

But does that mean you will be buying apps and games and music and TV/movies through the Google Store? Maybe. (Hopefully.) That’s another thing that never made sense – two separate stores. Why did Google feel the need to introduce a Google Store for devices and still keep the Google Play store for everything else? It’s always been a super confusing move because a single place to get everything is almost always better than splitting it up for the sake of splitting it up.

Anyone else seeing this branding in their Google Store? And FYI, this reader of ours is still on Google Play version 5.9.12.