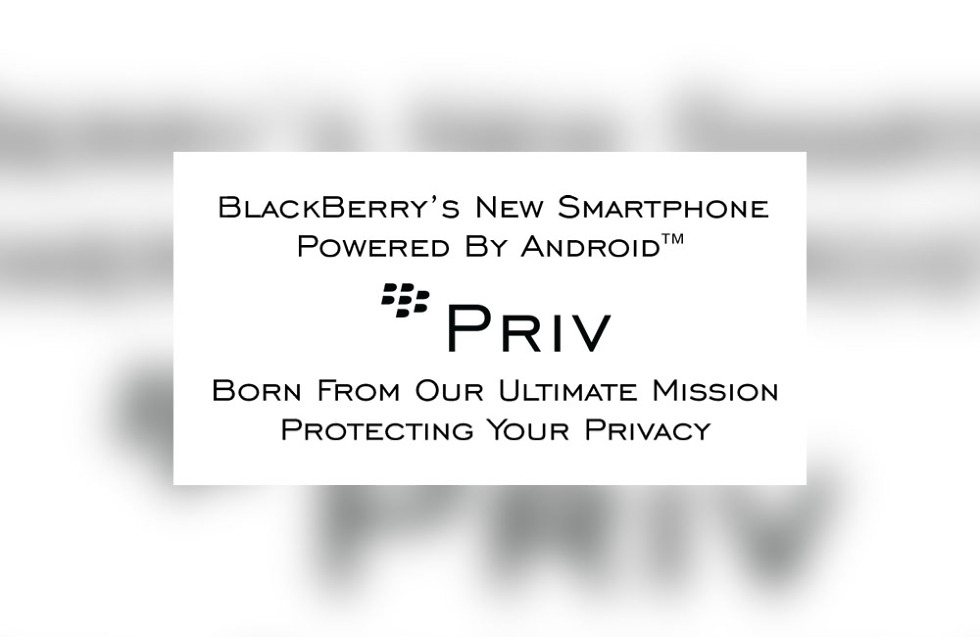 This morning, during its Q2 earnings called, Blackberry announced/confirmed that it will launch a “flagship” phone powered by Android that is called the “Priv.” The Priv, as you probably already figured out, is the Venice slider that has leaked over and over and over and over again.

Blackberry said that this “flagship” Priv brings together “the best of Blackberry security and productivity with the expansive mobile application ecosystem available on the Android platform.” They are hoping that, during a time where your privacy seems to always be under threat, they can attract you to this device that will hopefully keep you snuggly warm and safe.

Here is the quote from their earnings call:

Today, BlackBerry is announcing two new additions to its handheld device roadmap. First, the company will launch a flagship slider device, Priv, which will run on the Android operating system, bringing together the best of BlackBerry security and productivity with the expansive mobile application ecosystem available on the Android platform. In combination with BlackBerry’s efforts to support Android for Work on the BES12 platform, the new device will offer best in class security for enterprise customers. BlackBerry expects the device to be available late in the calendar year in major markets in-store and online, and will release further details in the coming weeks.

Funny thing is, they also took the time to create a webpage announcing the Priv, where they talked about privacy and security. It mentions the fact that someone leaked the name “Priv” before they could make it public and that they “found this breach of privacy extraordinary” yet think this phone is for you because it protects customers’ privacy. So, in other words, the company who can’t even keep its own products private and is baffled by the notion, says it can keep your information private.

Who wants the Priv!