According to Canadian wireless carrier Telus, Google will begin pushing the Android 6.0 Marshmallow update on October 5 to the Nexus 5 and Nexus 6. If that’s the case, that’s probably also a good launch time frame for the new Nexus 5X and Nexus 6P. Google likes to ship new versions of its Android OS on its new phones. Also, October 5 has been mentioned to us by sources who are expecting “things” to kick off.

The information on the 6.0 update comes via Telus’ support area, but does show in a post that is 3 months old. Canadian blog MobileSyrup, who discovered the post, says it has been updated recently, so we’ll have take their word for it.

Can Google push out a public release of Marshmallow a week after it’s made official? Hope so. 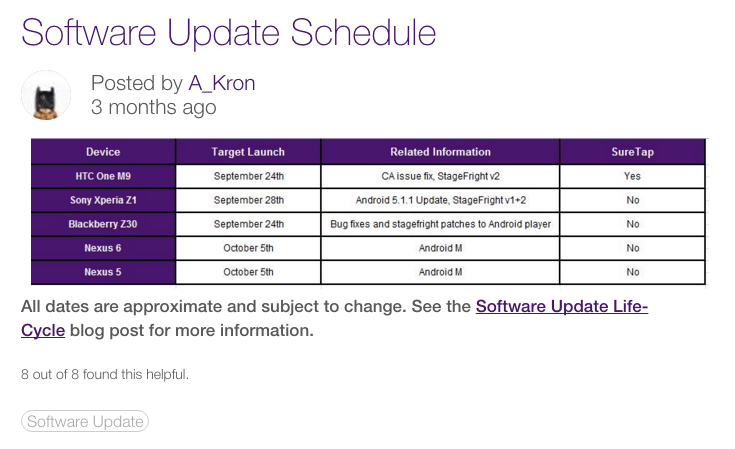