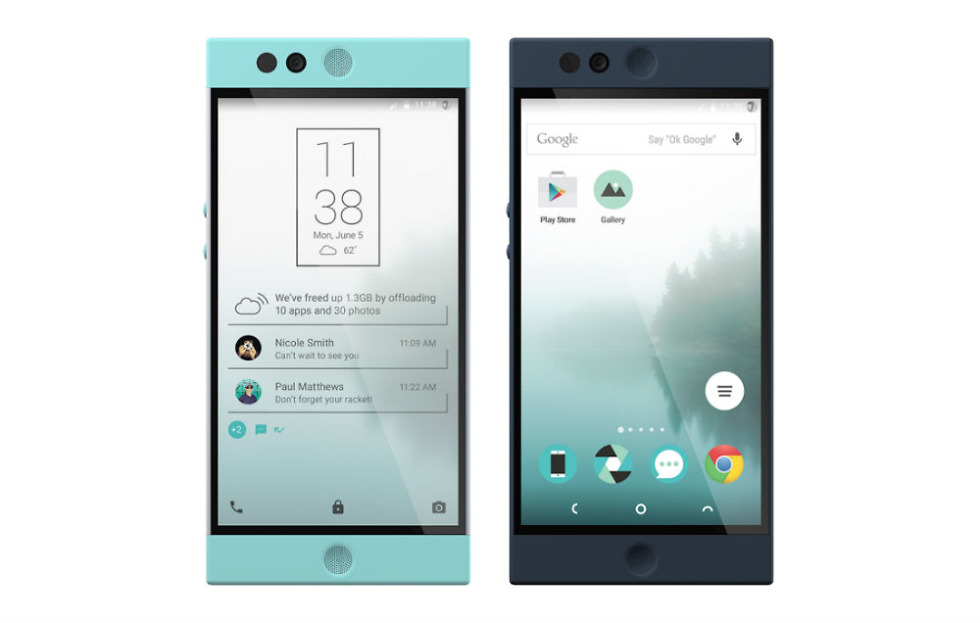 Personally, I have a love-hate relationship with sites such as Kickstarter and Indiegogo. Oh, wait, it’s only hate. You see, I don’t exactly believe in the idea of crowdfunding. I get that it can be a great thing for a large variety of products, but for smartphones, I have not seen much that would lead me to believe the idea of backing a smartphone, then waiting months to receive it, is a good thing. And since many of the devices don’t get reviewed by the usual tech circles, how am I supposed to know if what I am buying is any good? To keep it short, I have yet to fund a smartphone project through these avenues.

But today, a new device called Robin popped up on Kickstarter, headed by a few familiar faces that I could see myself getting behind and supporting. Created by Nextbit, the Robin looks to reinvent the way we handle storage locally on a smartphone. Instead of relying on microSD slots and set amounts of built-in storage, the Robin utilizes Smart Storage, powered by the cloud.

Internally, the device is something similar to what you would see inside your local carrier store. It features a Snapdragon 808 processor, 3GB of RAM, 32GB of onboard storage (plus 100GB in the cloud), 5.2″ LCD FHD display, 13MP rear-facing camera, NFC, Bluetooth, LTE connectivity, 2,680 mAh battery, dual front-facing speakers, and runs the latest version of Android. Not only are the specs suitable, but the design is quite gorgeous, coming in either Mint or Midnight.

On the Kickstarter page, the Smart Storage feature is explained rather simply. By learning the way you use your smartphone, Robin is able to free up memory as it sees fit, but if you need something immediately, it is always in the cloud for you to access. This includes apps, photos, and more.

Robin intelligently adapts to your storage needs, and automatically optimizes the space on your phone when it sees you need it. By learning the apps you use and the space you need, Robin offloads the stuff you don’t use to the cloud. So you can have everything you want (in the cloud), and just what you need (on your phone).

I spoke earlier about the faces behind Nextbit and the Robin, so let’s touch on that briefly. Nextbit’s CEO is Tom Moss, once the Head of Business Development and Partnerships for Android at Google until 2010. When it comes to Android, he knows what he is doing. In charge of Robin’s design is none other than Scott Croyle, who is known for designing the One M7 and One M8 while with HTC. Handling CTO duties is Mike Chan, an ex Googler who led power management on Android from the start all the way through version 3.0 (Honeycomb). Between the three, it’s a solid core that has usability, features, and design at the top of the priority list.

If utilizing a smartphone that features fancy new cloud storage interests you, you will be happy to learn that the device is listed at just $349 currently on Kickstarter. There was a $299 option, but all backer positions have been filled. At the time of this writing, Robin is only $50,000 away from meeting their $500,000 goal, with 29 days left to go.

This may be the phone to change my opinion on crowdfunding smartphones.