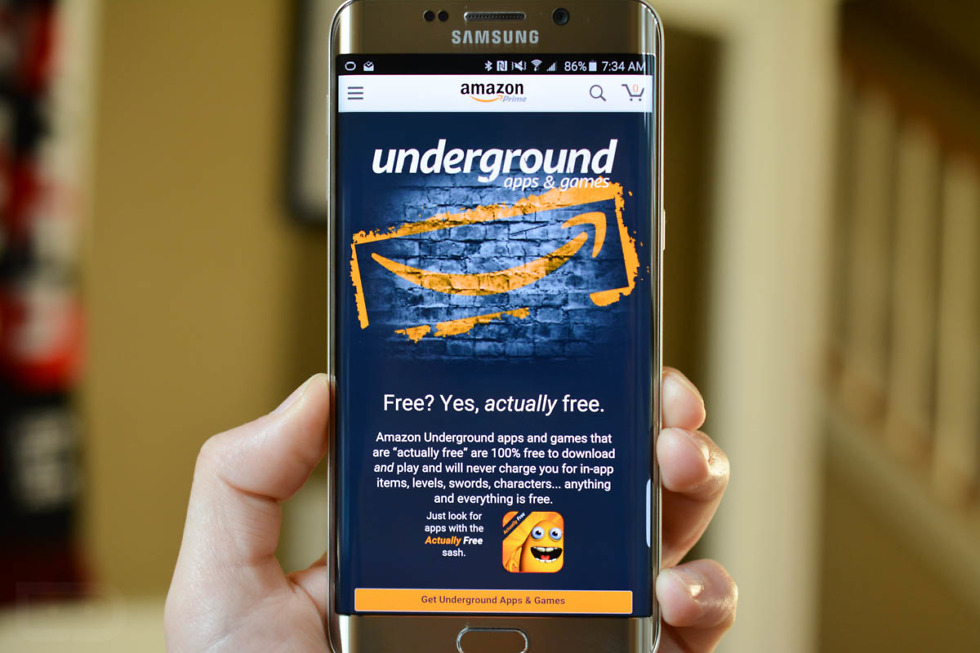 If you had made the Amazon Free App of the Day (FAOTD) a part of your daily routine, I’m sorry to break it to you, but that will have to change going forward. This morning, Amazon appears to have killed the daily promo in favor of something called “Underground.”

Underground, as far as we can tell, is a new location in Amazon’s Appstore that lists out “actually free” games and apps for you to download. Amazon says there are over $10,000 in apps, games, and in-app items that are “actually free.” I don’t know what “actually free” is in reference too or taking a shot at, but that appears to be the slogan for this new initiative.

The basic idea here is that Amazon doesn’t need to figure out a single app that should be free each day when they can put together bundles or lists that are likely available for a set period of time. That way, you can just check back regularly to see if anything has changed or if there are additional free apps you may want to grab.

Edit:  Amazon pinged us to say that “Amazon Underground apps will always be available as long as the developer keeps the app in Amazon Underground.  This is not a limited time promotion, or a bundle. We launched this because we wanted to provide the most seamless experience for customers to shop, watch and play—in one place.”

This new “Underground” section lives inside the Amazon app, under the Apps section. In other words, it’s not a new app by any means. Once in there, you can download and install free apps like Goat Simulator, Cut the Rope 2, Jetpack Joyride, Star Wars Rebels: Recon Missions, and more.