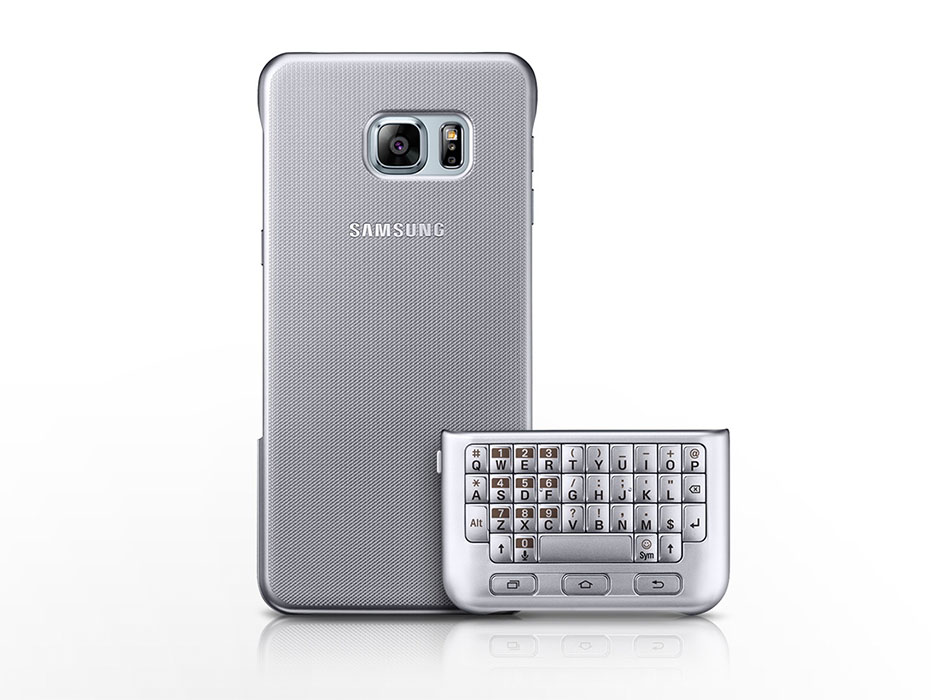 The Samsung Galaxy Note 5 and Galaxy S6 Edge+ are going to have all sorts of official accessories available to them upon launch. So far, Samsung has announced fast wireless charging pads, fast charging battery packs, clear view cover cases, clear covers, glossy covers, S View covers, Flip wallets, and even Glitter covers. See, there are a ton of options. But one in particular gave us a chuckle while bringing back memories of the days when Blackberry once dominated. It’s the detachable QWERTY keyboard cover. Yes, it’s real.

Samsung has produced this detachable keyboard cover for both the Galaxy Note 5 and S6 Edge+, suggesting that it would be great for those “lengthy chatting sessions, emails and social media updates.” It has also been “designed for heavy-duty typing” and gets a “dedicated UI when on the front” of the phone. Plus, when you are done, you can swap it around to the back to keep it out of the way.

I don’t know what to say, really. It’s a detachable keyboard! I’m both amused and sort of feeling a need to take it for a spin. 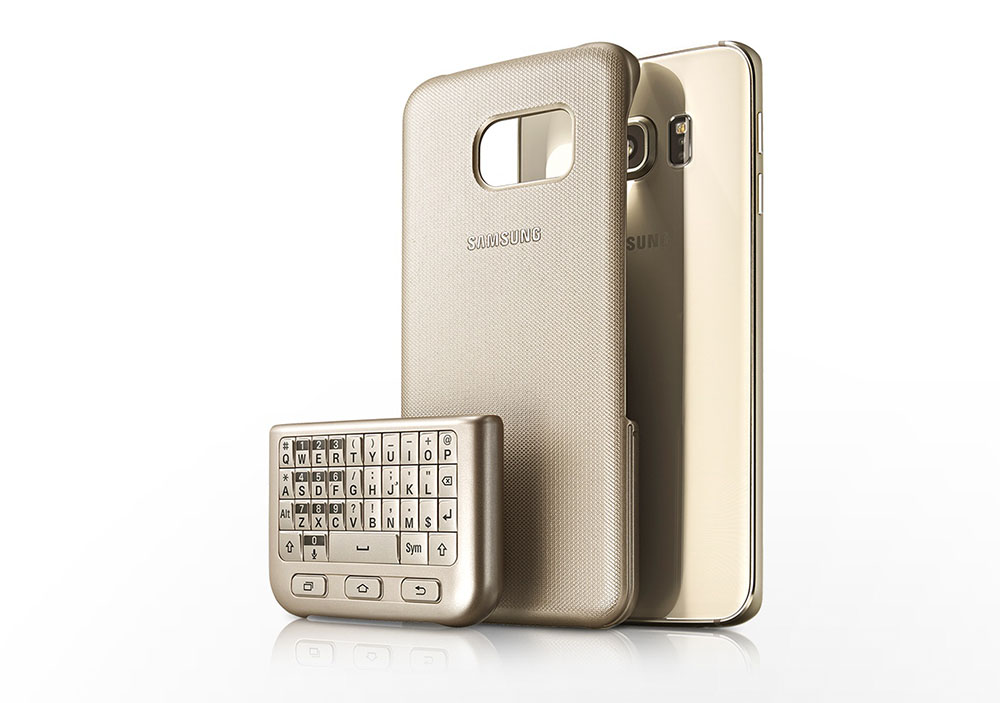