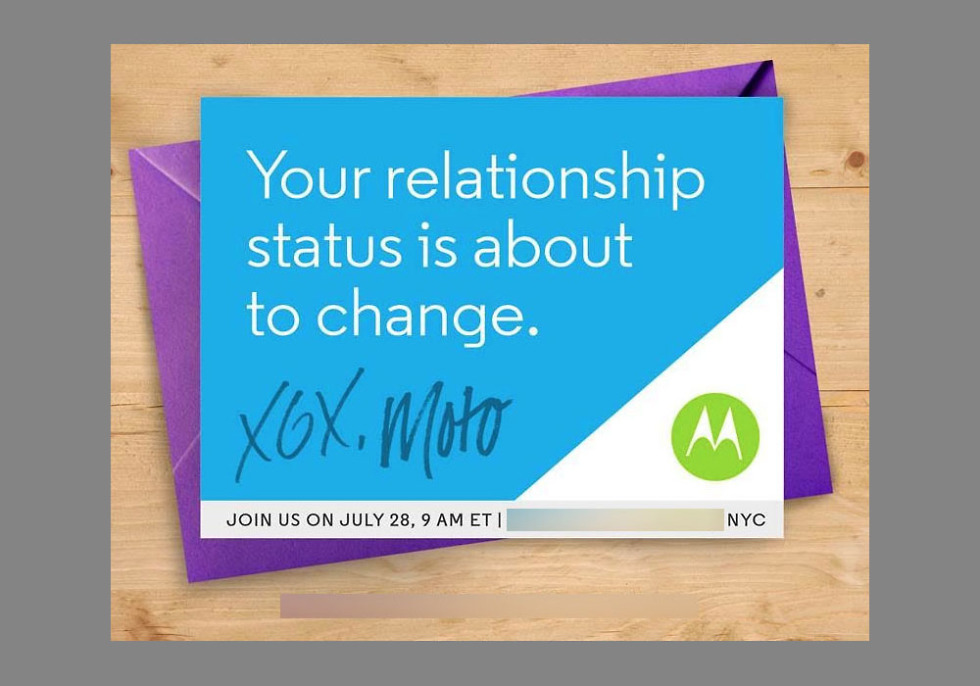 This little event invite just showed up in our inbox from our friends at Motorola. It looks like the Lenovo owned company out of Chicago has something to announce on July 28 in NYC.

The invite says specifically that “Your relationship status is about to change,” followed by an “XOX, Moto.” Is that a hint at a new Moto X? Seems a bit early for Motorola to be announcing a new Moto X. Maybe a Moto G? Maybe a new Moto 360?

The last two years, Motorola gave us its next flagship towards the end of August or early September, so again, this all seems a bit early.

Update:  Motorola has opened up a dedicated page for the event that can be seen here. It appears they are not only hosting events in NYC, but in London and Sau Paulo as well. The storyline here is that we are in relationships with our phones, but Motorola thinks they can make that relationship better. 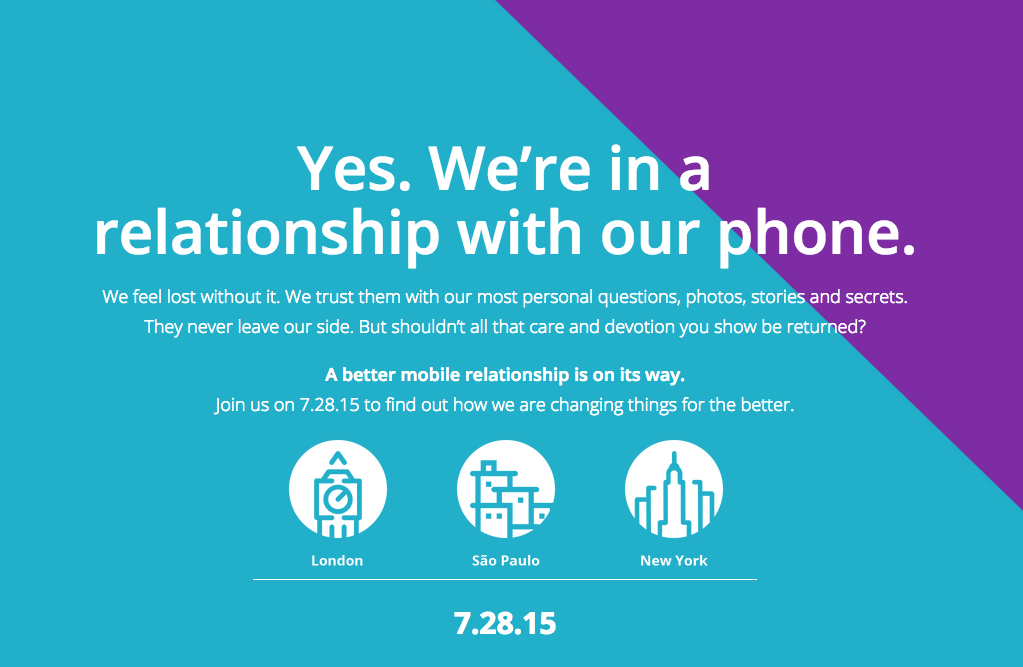