Marshall, notably known in the music world for producing high-grade audio equipment, is releasing its very own Android smartphone. Focusing on their love for audio, the London device features somewhat mid-range specs when compared to flagship models of 2015. Inside, a Snapdragon 410 processor and 2GB of RAM will power your apps and games, while a 4.7″ HD display sits on the frontside.

London also features two front-facing speakers, an ‘M’ button on its topside for quick access to your locally stored music files, dual headphone jacks for jamming out with your partner in crime, and a scroll wheel for precision volume control. As a note, each headphone jack has its own independent volume control, just in case not both of you want to go deaf listening to a bit of Cannibal Corpse. London is juiced by a removable 2,500mAh battery, and does feature expandable storage via microSD card slot.

Much like Sony did with its Walkman device that costs over $1,000, Marshall has built in special audio processing technology, hoping the true audiophile consumers out there can appreciate their music while on the go. This tech includes a highly upgraded Wolfson soundcard, global equalizer, and Bluetooth aptX audio. All this runs on top of Android 5.0.2.

The London is available for pre-order right now on Marshall’s website. When the price is converted to US dollars, it comes to a little under $600. For a prestigious name like Marshall, that does not seem all that bad. Everything I have owned from the company, including half cabs, full 4×12 cabinets, and headphones have all featured amazing quality. It’s safe to assume their smartphone will also be built with this attention to detail. 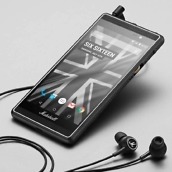 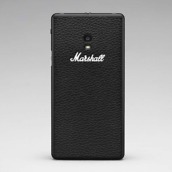 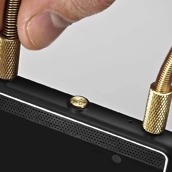 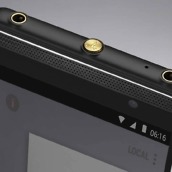 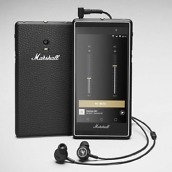