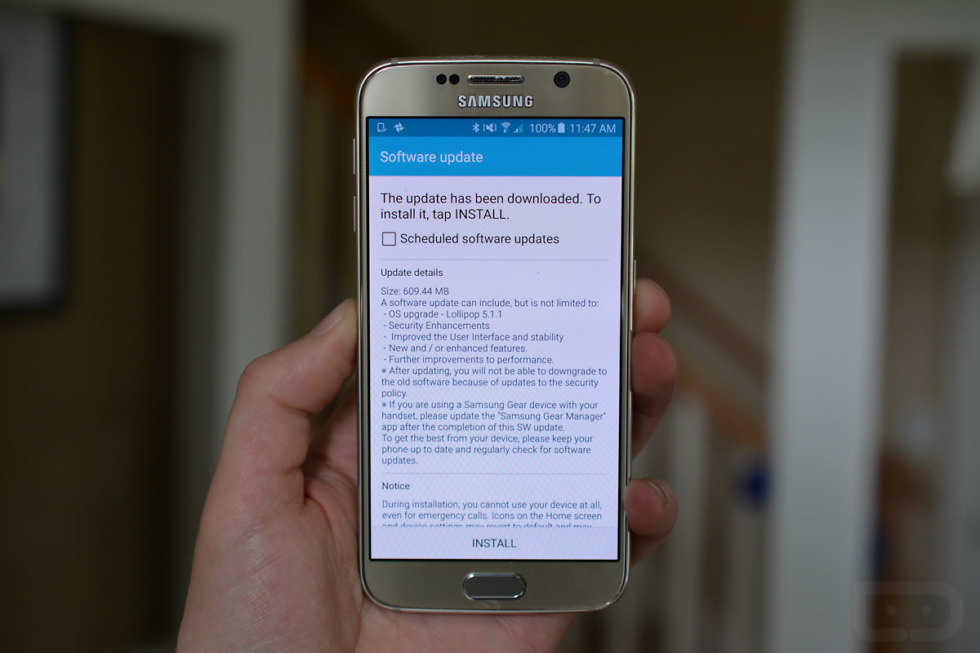 The rollout of Android 5.1.1 to unlocked Galaxy S6 models picked up over the weekend. This update first started rolling out to unlocked models in India a week or so ago, but now is hitting devices in additional countries, like here in the US. At least that’s the case with my unlocked Galaxy S6 (SM-G920I). I would assume this is available for the Edge variant as well.

The update above, which ends up as G920IDVU2COF8, showed up as a whopping 609MB file that took some time to install.

Overall, there isn’t much to the update outside of quicker exposure controls in the camera, alphabetical sorting in the app drawer, and the ability to remove those stupid S Finder and Quick Connect buttons in your notification shade. The the rest should be bug fixes and other improvements here or there.

To grab the update head into Settings>About device>Software update.