T-Mobile’s Uncarrier Amped is back this morning with an announcement called “Mobile without Borders.” What’s that, you ask? According to T-Mobile, their Simple Choice plans now include talk, text, and 4G LTE data without extra cost when in Mexico or Canada. This is a “first-of-its-kind” move, because US carriers tend to rob you of every last penny when you take your phone across one of this country’s borders.

So how does this all work? Well, we are diving into this as deeply as we can today to try and explain all of the quirks (if there are any), but the basics are this. Starting July 15, calls and texts to, from, and between the US, Mexico, and Canada are included in the “latest” Simple Choice plans at no extra charge. If you are already a Simple Choice customer (prepaid or postpaid), you can opt-in online, by phone, or in-store by switching over to one of the new plans that is a part of “Mobile without Borders.”

Wondering where exactly in Canada and Mexico this will all work? Here you go. This is a list of cities/areas. 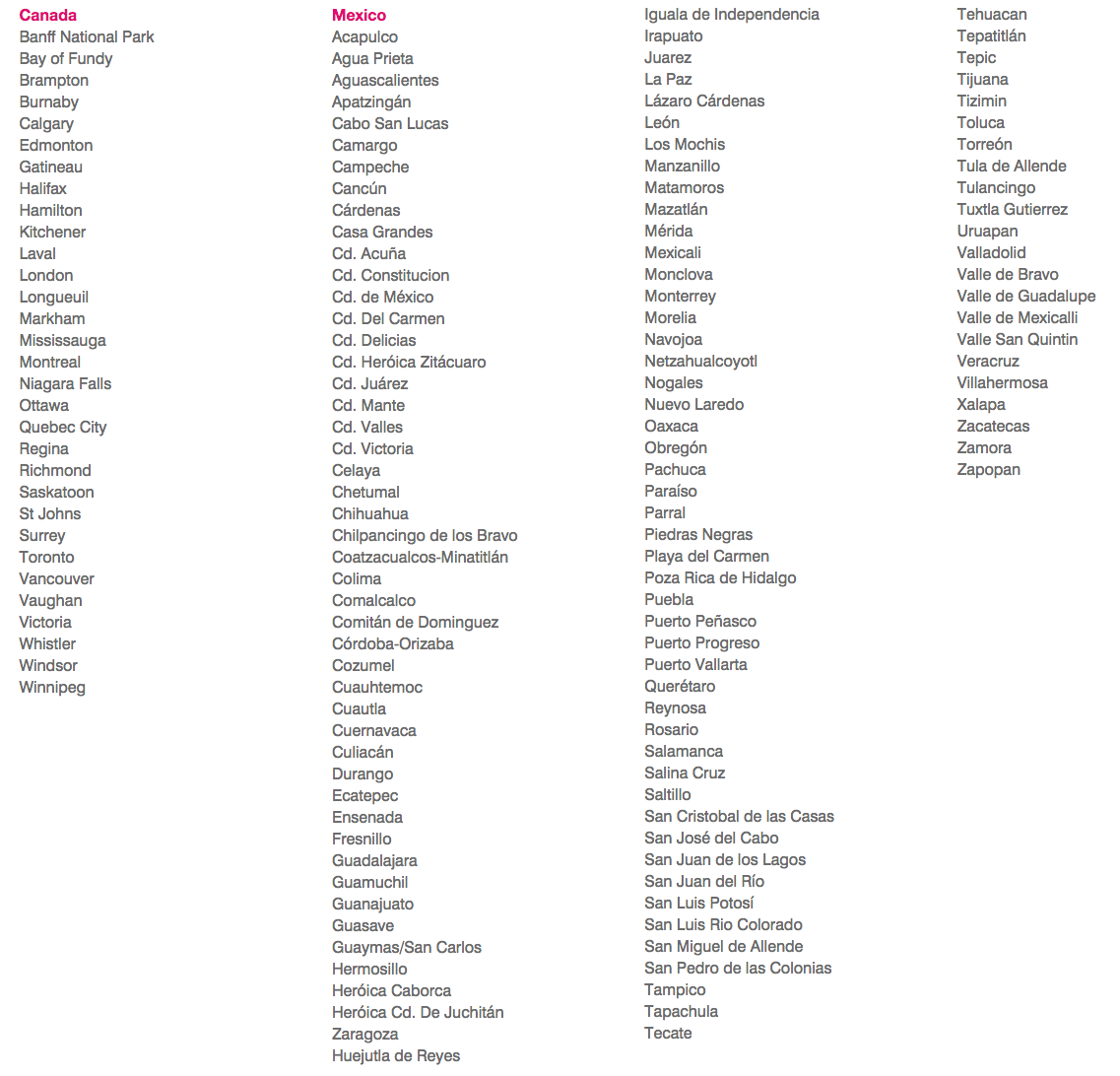 And here is T-Mobile CEO John Legere talking about it all. The video is lengthy, probably includes swearing and bad hair, and may or may not be worth a watch. It’s up to you.

Again, we’ll see what we can find out. Where are the footnotes? What’s the difference between the new Simple Choice plans coming July 15 and the current ones? That sort of thing.