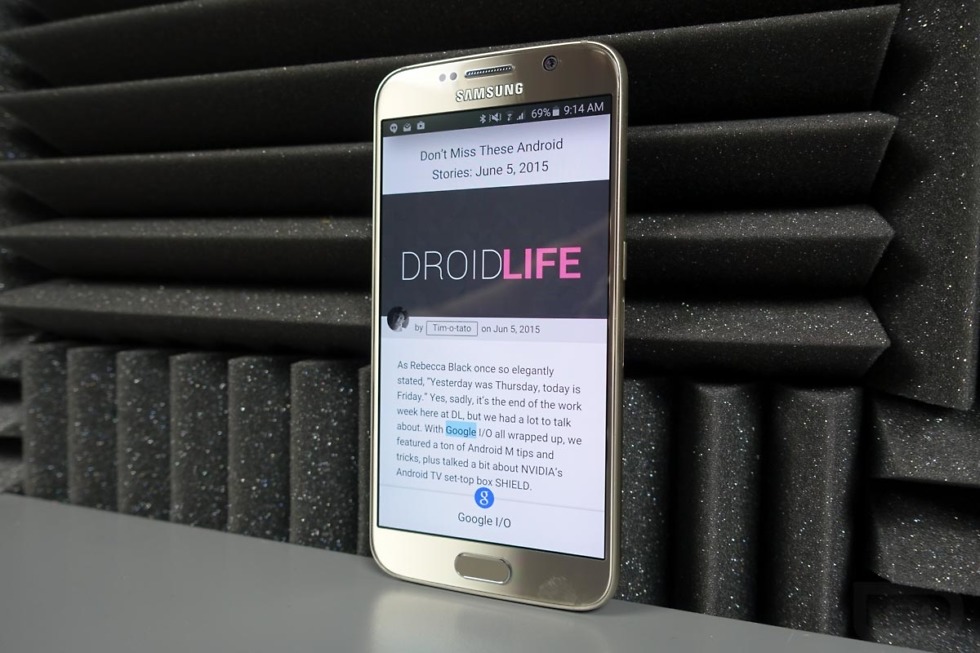 Just over a week ago, Chrome for Android received an update to version 43.0.2357.78 that included a feature called Touch to Search. If you have used the Chrome Beta within the last several months, you know exactly what this feature is. If you haven’t, well, you have probably emailed us within the last couple of days thinking that Chrome is now capable of doing the recently announced Google Now on Tap magic that was introduced at Google I/O. We get why you would think that, because Touch to Search is quite awesome, but no, it’s not exactly Now on Tap.

Google Now on Tap is a feature coming to Android M at some point in the near future that allows you to long-press your home button to launch Google Now wherever you are. Google Now then either listens for a command or examines your screen to bring up relevant information. It’s a pretty game-changing type of addition to Google Now that we can’t wait to show everyone in greater detail. But again, that’s for Android M only at this time and isn’t even functioning at the moment in the M developer preview. It is still very much a “coming soon” add-on.

With Touch to Search in Chrome, you get an experience that allows you to tap on any word on a page in Chrome and then search for it without ever leaving Chrome. It’s super handy and useful because you get to find quick info without ever actually leaving Chrome or the page you are currently on. In the video below, you can see it in action.

To enable or disable it in Chrome, head into Menu>Settings>Privacy>Touch to Search.