A new Moto 360 is more than likely right around the corner. Still, if you want the original, which is for the most part the best Android Wear device you can current buy, there are deals to be had. For example, this weekend, Best Buy has slashed $100 off the price of the watch, dropping it to as low as $150. That’s for the leather version, of course, but the metal band versions are $100 off as well with a current price of $199.

Again, it’s closing in on its year anniversary and should be replaced by a new model fairly soon, but as you can tell from the 4.5 star average review at Best Buy, this is a solid little product. After a shaky launch start, Android Wear has turned the Moto 360 into a fine little accessory that is a steal at $150. 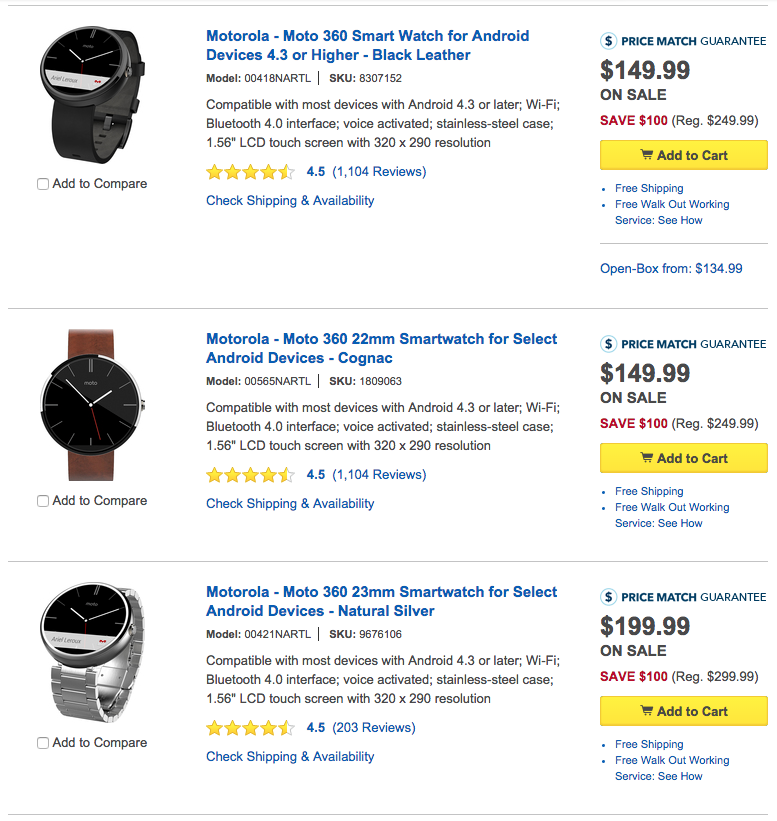