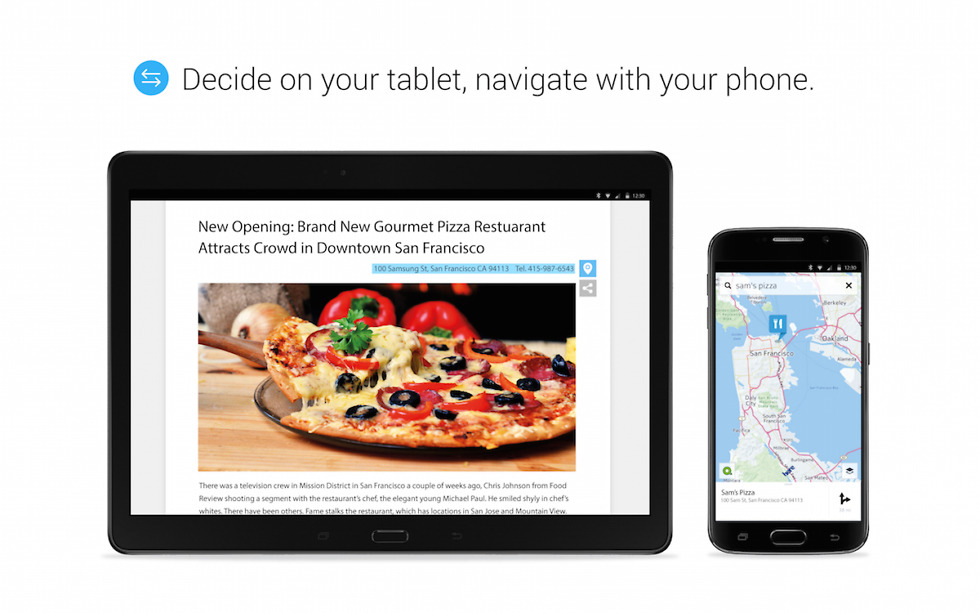 Samsung Flow, first debuted by the company back in November of last year, is now available on Google Play as a beta for a limited number of devices.

Flow was created to easily sync multiple Samsung devices, helping owners quickly switch from device to device, without losing any progress they have within any given task. For example, if you are reading an article on the web via your smartphone, then want to switch it over to your tablet for better viewing, you simply press a button and that same article in the exact same spot will pop up on your tablet. This same process can be done through a variety of apps.

Sync between devices is handled through dedicated Bluetooth connections, and when you don’t have a partnered device handy, you can defer tasks for later. If you are in the middle of a YouTube video, but don’t want to strain your eyes watching on your smaller display, simply defer the task for once you are close to your tablet again. A few of the apps compatible with Flow are Twitter, YouTube, SoundCloud, Google Maps, Yelp, Path, and Samsung’s Web Browser.

Have one or more of the compatible devices? Go check it out.