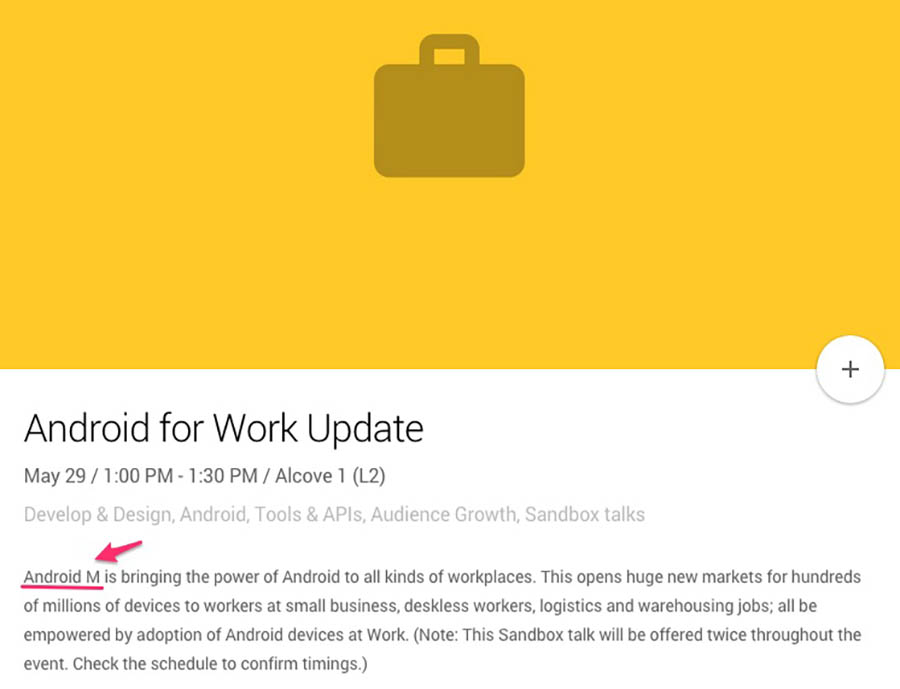 The “Android M” mention appears in a session dedicated to Android for Work, yet doesn’t talk specifics about Android M. All we have to go on here is the confirmation of its existence and the fact that it will bring the “power of Android to all kinds of workplaces.”

I would imagine that Android M will be given to attendees as a preview, just like Google did last year with Android L, which ended up being Android 5.0 Lollipop.