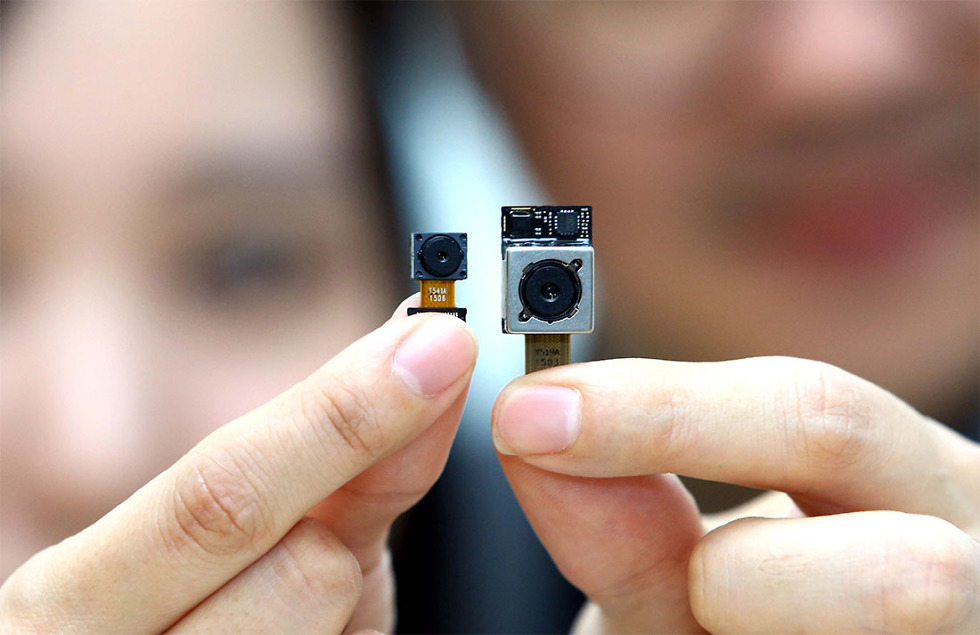 After teasing the LG G4’s F1.8 lens through a short video yesterday, LG took the time this evening to officially announce the camera module. It’s a 16MP camera with that F1.8 aperture, the “widest aperture camera developed” for a phone by LG Innotek. LG said that the camera module will go into mass production this week and will be unveiled for the first time to consumers in the LG G4 on April 28.

Through the large aperture, the camera module should be able to receive 80% more light over the camera in the LG G3, which is impressive, since the LG G3’s camera was one of the best of last year. We are talking better low light shots and less blur in those action shots, my friends.

LG didn’t just stop there, though. They also developed an 8MP front-facing camera with an “ultra-thin IR filter” to keep infrared light from ruining your photos. The filter is just 0.11mm thin, which is roughly “half the thickness of competing IR filters.”

As you can imagine, we can’t wait to test out this camera. Samsung’s F1.9 lens in the Galaxy S6 blew our minds and we didn’t really think anyone could top it. Can LG with the G4?

Seoul, Korea, Apr. 09, 2015 – LG Innotek, a leading global components and materials manufacturer, announced the development of a groundbreaking 16MP camera module with an aperture of f/1.8, making it LG Innotek’s widest aperture camera developed for a smartphone. The advanced camera module began mass production at LG Innotek’s plant this week and will be unveiled to consumers for the first time in the LG G4 later this month.

The advanced design of the camera module means that it receives 80 percent more light than in the highly praised camera found on the LG G3. More light means better looking images in low light environments and less blur when shooting action and fast moving objects. Large apertures on smartphone cameras has been challenging to develop due to the complexity and size of developing modules that must fit in the very limited space of today’s smartphones.

Furthermore, in response to the explosive growth of selfies, LG Innotek developed an 8MP front-facing camera module, its highest resolution for a front camera to date. This high resolution module’s ultra-thin IR filter keeps infrared light from entering the camera lens, giving images taken with the front camera more natural and accurate colors. The 0.11mm thin filter is roughly half the thickness of competing IR filters.

“At LG Innotek, we are constantly working to ensure that the cameras we develop allow users to capture and preserve the moments that are most special to them,” said Ung-beom Lee, CEO of LG Innotek. “We are extremely excited to see our technology in LG’s next flagship smartphone because we believe that the power, precision and operability of our camera module will clearly make an impression on consumers.”