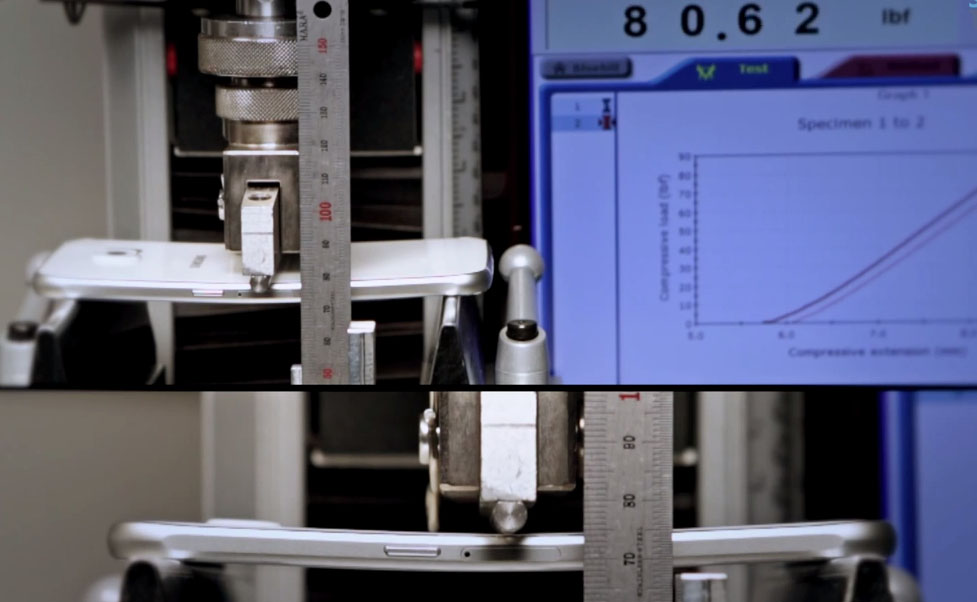 On Friday, phone insurance peddler, SquareTrade, attempted to create a “bendgate” scenario for the Galaxy S6 Edge, Samsung’s shiny new curved phone, and grab all the headlines in the world. They succeed by posting a video to YouTube of the phone cracking under pretty intense pressure that no human could ever re-create with their own hands (or butt), and then spammed out a press release saying the phone was just as bendable as the iPhone 6 Plus, which was the original “bendgate” target. We clowned the “news” via Twitter, because it’s not actual news. It’s a video from a phone insurance peddler trying to grab headlines and scare you into buying their phone insurance or warranties.

Clearly, the tactic worked because almost every mobile phone or tech related site outside of us, took the bait and posted the video with varying levels of clickbaity titles. It got worse this morning when Samsung responded with an official statement, a video of their own tests, and a request for SquareTrade to publicly post new results after re-doing their tests on both sides of the phone. Ugh. Why, Samsung?

“Your Galaxy S6 and S6 Edge is never going to bend in the years that you own it, because, it just won’t. You probably saw a video last weekend claiming it will, but ignoring that video would be the intelligent thing to do, since it’s from a company who sells insurance to people who are scared of breaking their phone. Yep, it’s a scam video and you shouldn’t be suckered by it. If you were suckered by it, then please stop buying our phones and instead save your money for your subscription to snake oil, which you should rub on your brain to improve your IQ.”

But again, they didn’t do that. They released an “official” statement, accompanied by a 3-point test of their own that shows pressure you could potential re-create (meaning it’s “more realistic” than SquareTrade’s ridiculously named BendBot) being applied to both the S6 and Edge, and now want the insurance peddler to grab headlines by doing it all over again.

Can’t wait for that!