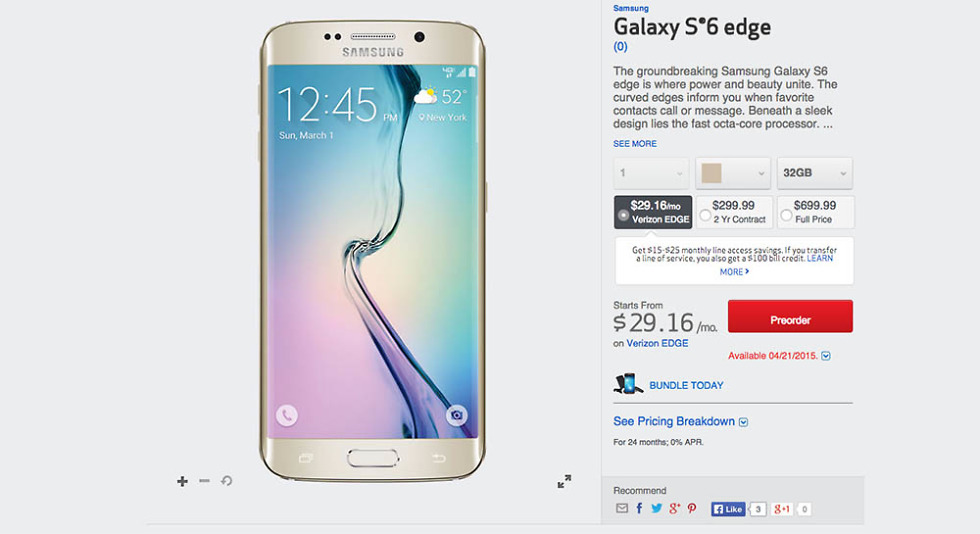 While the world was opening up pre-orders for the Galaxy S6, S6 Edge, and HTC One M9 on March 27, Verizon held back because they are a “leader, not a follower.” Thankfully, today is April 1, the super serious, perfect day to do anything on the internet. Yep, Verizon pre-orders are now live for the three Android flagships that will dominate headlines for the foreseeable future.