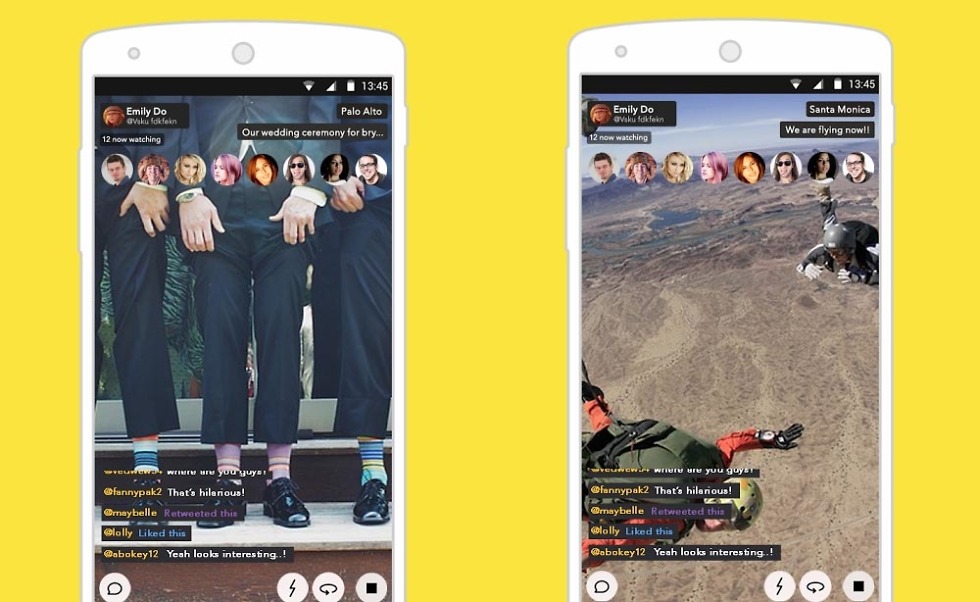 Live streaming random things for a few seconds to a few minutes to Twitter is now all the rage. I don’t know why. I don’t want to know why. And I don’t think you should try to figure out why. It just is. Meerkat and Periscope are dominating lives on the Tweets. It’ll be a dead trend in about 26 hours, so don’t worry. However, during that 26 hours, you may want to participate in the fun. Unfortunately, neither app is available on Android because, well, developers hate Android users. Fortunately, though, Android developers are trying to jump on the trend faster than hypebeasts at a Yeezy Boost launch and have created similar apps.

Two similar apps that you could potentially take a look at if you really need to stream things live on Twitter to your followers are Tarsii and Stre.am. I can’t say that I have used either, and probably won’t, but they both keep spamming us today because Tim wrote up Periscope (Twitter’s official streaming app) earlier and mentioned the fact that it’s not on Android yet. You see, they are both on Android and they need download counts to increase so they can potentially get bought by Google or Facebook or something. OK, I made that part up, but seriously, they won’t stop spamming us.

Sooooo, long story short – if you want to stream things live to your Twitter followers like Meerkat and Periscope do, here are two options.