Making rounds on the web, it is reported that future buyers of the Samsung Galaxy S6 and Galaxy S6 Edge will be able to remove and disable almost all of the phone’s pre-installed “bloatware.” However, nothing about this is exactly new, considering Android as an OS has allowed for the disabling of apps for quite some time.

A screenshot taken from a user on XDA who claims to have a Galaxy S6 Edge shows off the ability to disable Samsung’s own apps, the pre-installed Microsoft suite of apps, and all of Google’s apps. But if I perform the same action on my Galaxy Note 4, I am met with the same results (pictured below). The only apps you are not able to disable are system apps, such as Messages, Music, Camera, and other essential apps.

While most users will be happy enough with the disabling of bloat, others wish Samsung allowed for the absolute removal of certain apps. Unfortunately, Samsung likely signs deals with other companies, such as Microsoft, which disables the ability to completely remove them from the device. If the complete removal of these services is necessary, rooting your phone is likely a solution.

The moral of the story is, if you plan on picking up a Galaxy S6 and don’t like bloatware, don’t worry, you will be able to disable most of it. 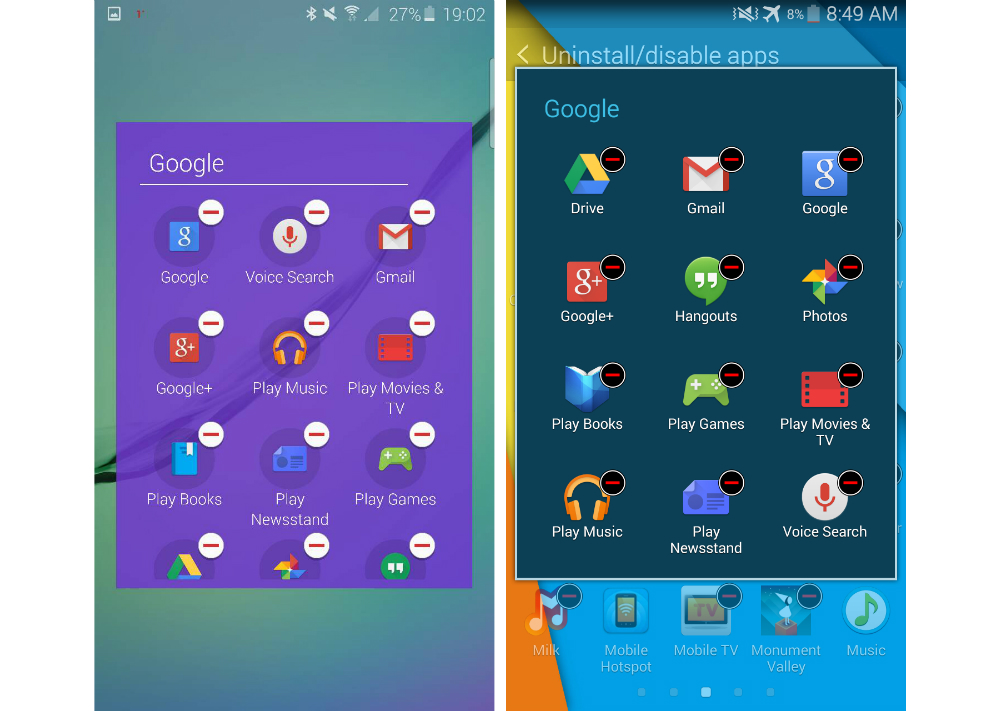