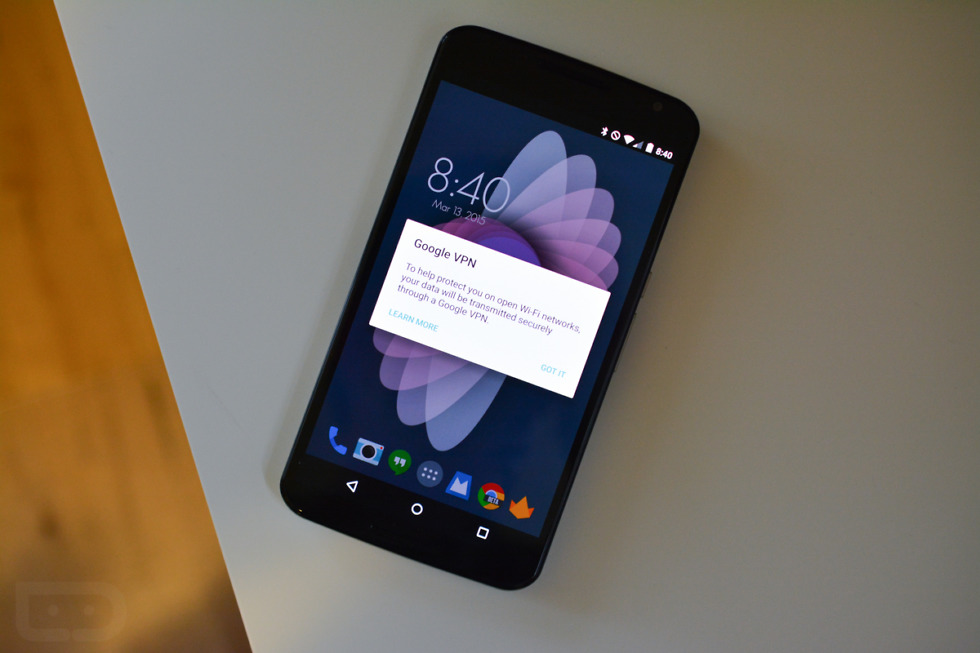 While digging through settings and apps after installing Android 5.1, the folks at Pocketables discovered an interesting app called Google Connectivity Services. When linked to from any shortcut maker app (we used Nova Launcher), it reveals a setup dialogue for Google VPN.

While the service does not appear to be live or available for use, it appears that Google may soon allow Android users to connect to a VPN while on open public WiFi networks.

A virtual private network (VPN), allows users to connect to an unsecured WiFi network, without having to fear for their data. Through the use of encryption as well as other various security protocols, and we imagine these would be Google’s own servers, Android users should have no fear when linking up to that open Starbucks WiFi network.

Again, the service does not work currently, and we may just be waiting for Google to flip a switch. On the other hand, Google may never offer this to the public, and instead, Google VPN is just a setting for Googlers to use while they are out and about. But again, with Google said to launch its own MVNO, a VPN may come in handy if heavily utilizing WiFi access points is still the company’s game plan.