On Monday, we asked you to send in questions for Volume 27 of the DL Q&A Sessions. We got a ton of great questions, but have narrowed them down to just a few which our team has tackled.

From what you asked, it appears many of our readers are jumping ahead into the later part of this year, curious about what we should expect from other companies besides Samsung and HTC. You asked us our opinions on what LG is going to bring to the table, what we should expect from Motorola, and which company will likely surprise us the most in 2015. All of these questions and more are answered below.

What changes do you want to see in the Xperia Z4 and LG G4?

K:  LG clearly needs to go more premium this time around with materials. Everyone else has gone metal except them. Other than that, put a better display in the G4, continue to improve an already great camera experience, and figure out a wait to extend battery life. The G3 was a huge hit, so don’t mess with the formula too much. As for the Z4, it’s not even on my radar at this point. Too excited about the Galaxy S6 and what LG will respond with.

T:  Sony, with its unchanged design language and awful UI, has never been on my wish list. While I can respect the devices they introduce, they are not the ones I beg to review for the site. However, if they can give a few awesome specs, update the UI, and change up their hardware designs I might be interested. As for LG, I loved the G3 last year. The look was really different, which I appreciated. If the G4 keeps that same feeling going, minus the terrible UX that came with its buggy software, it could be a winner. Plus, reports say they are moving to metal materials, which could be huge. Look for the G4 to be completely awesome.

R:  I’d love for both phones to be a lot closer to stock Android. I’ve really liked Sony’s hardware design, but all I really want from them in the software department is software that makes the camera app work better with the sensor; everything can be stock. With LG I’d love to see them pull a Samsung a step up their hardware game with premium materials.

Would you say you are underwhelmed by the HTC One M9?

K:  100% underwhelmed. This is going to sound terrible, but I have little interest in it whatsoever. If I didn’t talk about top tier phones for a living, I’d pass without hesitation on even using the M9. HTC didn’t need to go out and change up the formula completely, but they needed to do more than give us the same 2-year old design. Plus, with early reports complaining about how terrible the new camera is, I don’t know why anyone would want this phone over the new Galaxys. I don’t even know why you would want this phone over the One M8.

T:  HTC gave us the same phone as last year and said they fixed the camera issue. Unfortunately, from what I have read and seen, that is not true. Some bloggers are even saying it is worse than the M8. Seriously? How do you screw up the one thing you changed? HTC claims they are updating software and making optimizations, but at this point, I’m really disappointed. And they kept the black bar? Gosh, that’s a bummer. As a company that prides itself on innovative designs, I was expecting so much more. And I have to emphasize that I don’t dislike HTC, it’s just that I expected too much from such a cool company.

R:  I would say HTC had to get one thing right: the camera. Early reports indicate that the camera is somewhere between the original Droid Incredible and the One M8, which is to say good in good light and as soon as the sun starts to set put your phone away. It’s not that this was their make or break moment, but rather that they had one thing to nail for anyone to really recommend it and they failed for the third year in a row. For a company that has made a big deal about their cameras (and sort of entered the camera market in general with the Re), they sure don’t seem to know how to make a good camera on their phones. I’m more disappointed than underwhelmed.

K:  It’s going to be the Galaxy S6 Edge. I don’t know that Motorola or Google or even LG can match what Samsung just did. 2015 is going to be the return of Samsung whether you want that to happen or not. They knocked it out of the park with their new phones, the S6 Edge especially.

T:  If the year ended right now, it would go to the Galaxy S6 Edge. However, it is only March. We still have Sony’s phone, LG’s, Motorola’s, Huawei’s possible Nexus device, and the Galaxy Note 5. There is a lot to be seen. But if I had to take a guess, I might lean towards the G4. Something about a metallic G flagship device really turns me on.

R:  If I had to guess right now I’d say the S6 Edge, but I’d be surprised if the Note 5 isn’t also a contender.

What do you think about Samsung’s decision not to include a microSD slot and removable battery on the Galaxy S6 and S6 Edge?

K:  Well, it’s unfortunate for fans of those features, but removable batteries have been a thing of the past for years. I do wish they had at least included an SD slot, though. The battery I get – missing SD slot I don’t get at all. Only thing I can think is that they want people to buy their more expensive models that have more storage to increase their margins. It’s just like what Apple does. If you offer an SD slot, then everyone just buys the lowest model and inserts a cheap SD card. Without one, storage hogs have to pay the outrageous storage upgrade prices that Samsung will charge.

T:  Honestly, I don’t use microSD cards in my phones. To me, it’s just another piece of tech I might lose while I constantly change phones. Although, I do recognize their importance in a few cases, but I don’t see it a deal breaker. As for the removable battery, I don’t think that’s a big deal either. I have been using phones without that feature for quite some time, so it’s just another day in the life for me. If iPhone users can live with it, so can I, dang it!

R:  I have mixed feelings about it. I wish they would have added a tray for the microSD slot like they have a SIM tray. The removable battery certainly would have been more difficult to accomplish with the metal back. I think the bigger disappointment for me, though, was the removal of water proofing. It’s not something I need in a phone, but it is nice to know that if I spill some water or want to use my phone in the rain (the three times a year it rains in California) I don’t have to worry about anything. 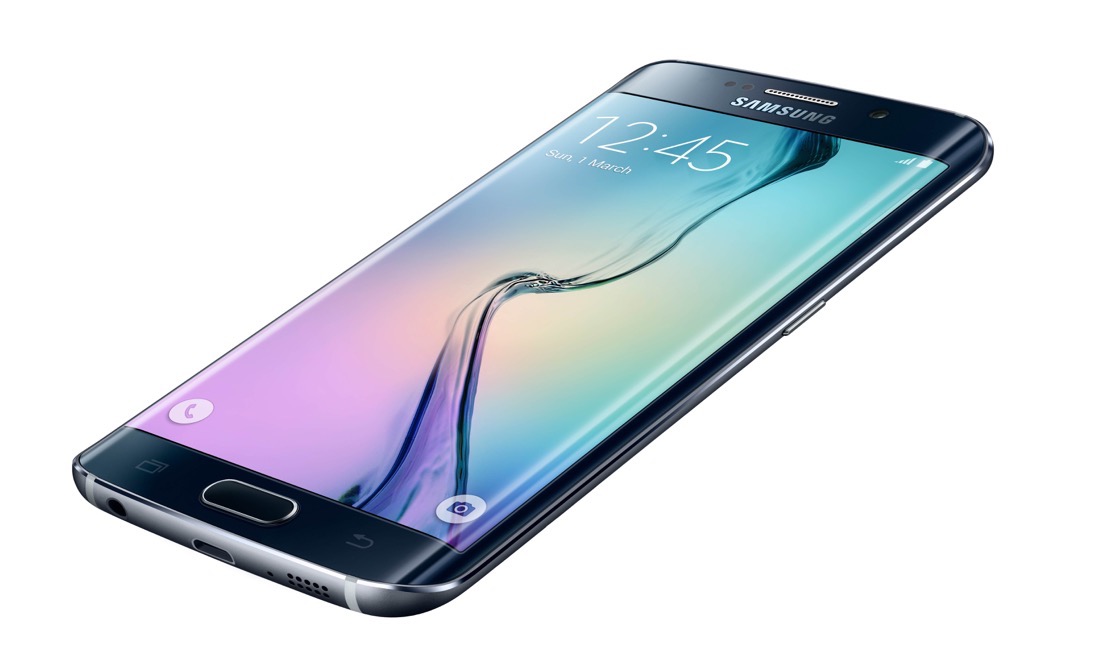 Google Wallet and Android Pay, Apple Pay, and Samsung Pay – Who do you think will win the mobile payments battle?

K:  I wish it was Google Wallet, and it may be once we see what they have in-store for Google I/O, but the safe bet is on Apple Pay. Samsung Pay is the best of the three, but it’s limited to Samsung phones. Apple’s is limited to the iPhone, but has Apple behind it. Google’s could work everywhere, we just need Google to make it happen.

T:  Samsung really impressed a lot of people with Samsung Pay, no doubt about it. But with Google really taking their stuff seriously, partnering with carriers and buying IP from Softcard, they could be a real contender against Apple. For now, my money is on Samsung, but I would like to see Google innovate and become the overall king of mobile payments.

R:  I don’t think we need to have a “winner.” I think they should all coexist and compete on features. If Samsung Pay really works on pretty much any card reader then I think they’ll have a huge marketing advantage over Apple Pay and Google Wallet. That alone makes a Samsung phone far more valuable if I want to perform mobile payments.

What was the last phone you rooted?

K:  Probably the Nexus 5. I think I rooted it a couple of times for some odd reason which I can no longer remember. Haven’t needed to since, though.

T:  That would be the Nexus 5 phone and Nexus 7 tablet. I needed my Paranoid Android. 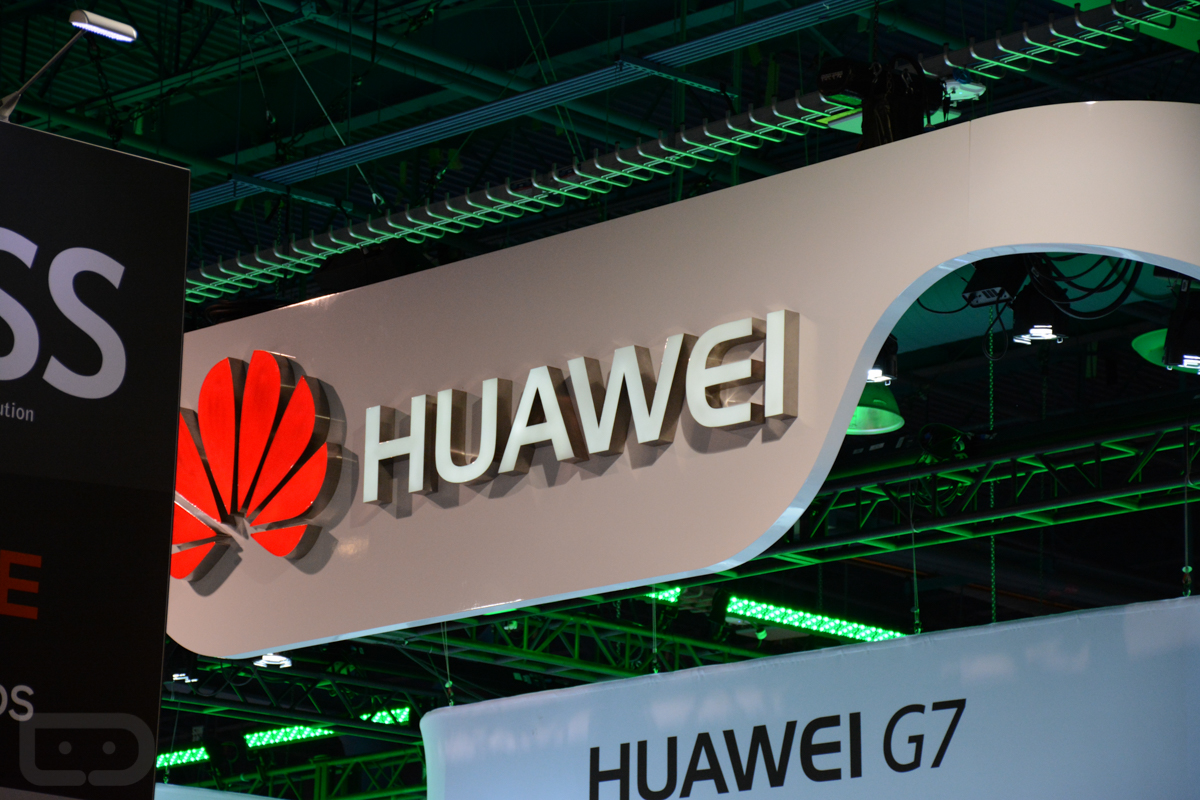 Which company do you think is going to surprise us in 2015?

K:  Huawei. Get ready for a Huawei push in the US. Their new watch, maybe a Nexus, and other stock Android phones are all coming and could be really good. They are getting big everywhere, so it’s time they push here.

T:  Hate it or love it, Huawei is coming to the US in a big way. If the papers are signed and Huawei is truly making the next Nexus, per reports, then we are in for a big surprise. While I don’t know what quite to make of it yet, I know Huawei believes in a great experience for users, and I can get behind that. And have you seen the Huawei Watch? This company can make sexy products if they try.

R:  Samsung really surprised me this week by reducing their software, improving their stellar camera, implementing a fingerprint scanner the right way, and making a phone with a premium design. Tack onto that the Edge, which I’m saving my feelings about until I get it in hand, and I have to say Samsung really knocked it out of the park (which I understand is a “baseball” term). I’d love to see someone else surprise us, too, but I have my doubts.

K:  Good question, and one I really have no answer to. Maybe just more of the same? Motorola likes to let you customize things, so Moto Maker is here to stay. But after that, I don’t know, other than I can hope they finally get a real camera in something. If the Moto X had a great camera, it would just about be the perfect phone. Is it time they do something completely different? Maybe. It’ll be interesting to see how it works this year, since the majority of the people behind the two Moto Xs have all departed the company.

T:  Probably another barely usable camera. But don’t worry, at least you will be able to choose if its made of wood or leather. All jokes aside, I still love my Moto X (2nd Gen), but I don’t even use Instagram as much anymore because I can’t stand the picture quality. If there were two areas they could work on, I’d hope it is camera and battery capacity. I need more juice!

R:  That’s a great question. Sadly, I think the answer is going to be something that is a marginal update to the 2014 X. I’d love to see them bring the traditional dimple back and get a great camera on their phone, but I think the latter might be a lost cause. If you liked the 2014 X then I think you’ll like this one with many of the same shortcomings.