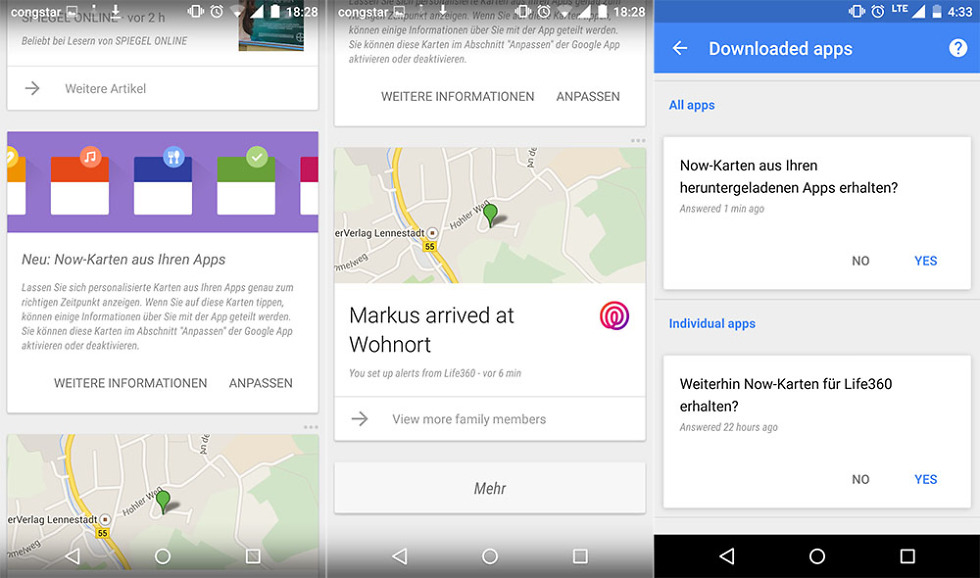 At the end of January, Google announced that we would all soon start seeing 3rd party app cards appear in Google Now, a move that has the potential to make the service exponentially more useful, assuming you aren’t spammed to death and have enough control over each’s arrival. While I personally have not see any new 3rd party app cards, at least one of our readers started seeing them today.

As can be seen in the screenshots above (apologies for the German), when the app cards first start showing up, Google notifies you with a card that says, “New: Now cards from your apps,” before explaining how it works and the fact that you can control them through the “Customize” menu. Once in the “Customize” menu, there appears to be a new “Downloaded apps” section that lets you control whether or not cards from downloaded apps appear in general, but also on an individual basis.

Anyone else seeing these?