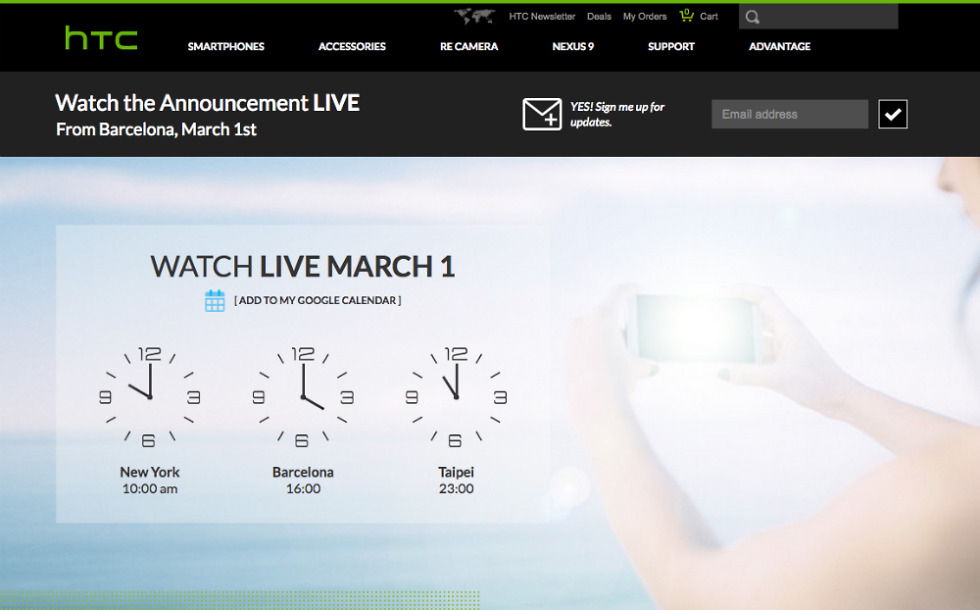 March 1 is going to be a big day for Android fans. MWC will host the unveiling of the Galaxy S6 from Samsung, and more importantly for this particular post, HTC’s upcoming One M9.

HTC has posted streaming information for the unveiling event, which is set to take place at 10am Eastern (7am Pacific) on March 1. For HTC fans, you will be able to watch the festivities from the comfort of your own couch on Sunday morning, as HTC finally pulls the curtain off its 2015 flagship device.

Of course, we have reportedly already seen the One M9 thanks to a few leaked promo videos, but we always feel better to save our judgement for the official announcement.

On Sunday morning, head over here to watch the event.