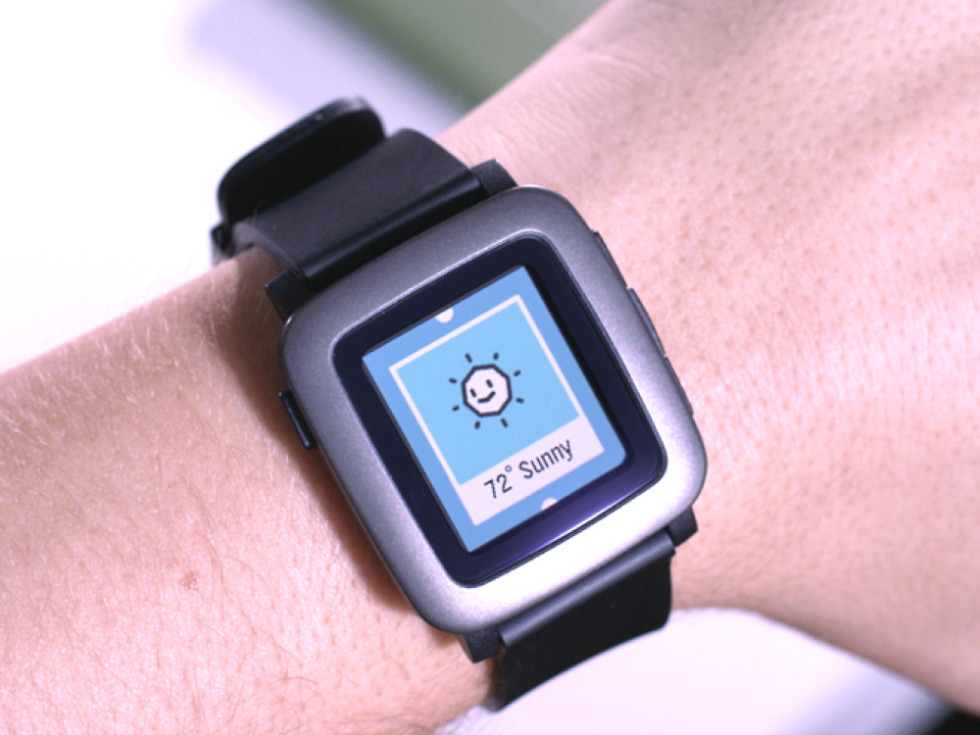 Pebble kept to its word this morning with the announcement of a new product, the Pebble Time. As expected, the Pebble Time comes with a full color e-paper display, along with a new interface called Timeline, which is a bit like Google Now in that it puts relevant info at your fingertips. In a somewhat surprising move, Pebble is launching Pebble Time through Kickstarter, just like they did with the original Pebble. Well, almost like the original. This time, Pebble Time is nearly complete as a product, they just need funding, which is their way of seeing just how many to make, I would imagine.

The new Pebble Time is a lot like the old Pebble in that it has an e-paper display that lasts up to seven days, is water resistant, can still utilize the thousands of watch faces and apps currently available, and fits standard 22mm watch bands. It differs because of the color display, addition of a microphone for sending quick texts or setting reminders, 20% thinner body, and is again, almost ready for production.

And in case you were wondering, the project has already been funded. That’s right, before I could even get this posted, the $500,000 Kickstarter goal for the Pebble Time has been reached. Get ready for May!