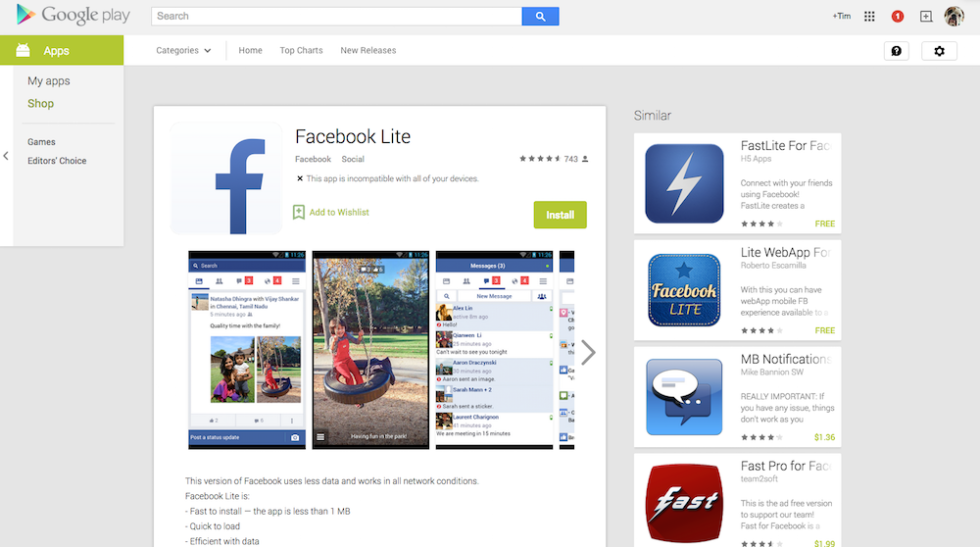 Facebook released a new version of its service called Facebook Lite for Android users today, but for us here in America, who apparently have struck the data goldmine, we do not need access to anything lite. With Facebook Lite, users in countries such as Bangladesh, Nepal, Nigeria, South Africa, Sudan, Sri Lanka, Vietnam and Zimbabwe can all access their FB accounts, all while using extremely little data.

The app weighs in at less than 1MB (US beta version weighs in at 137MB), and features a quick loading timeline, access to one’s messages, and is designed to be loaded on slower cellular networks such as 2G.

Interestingly enough, the version of Facebook we have on Google Play in North America is downright awful when it comes to data consumption. Unless you mark otherwise, it always wants you to load the latest stories, auto-plays videos and gifs, and even comes standard with other applications to handle basic functions such as messaging.

If you live in one of the countries where this app is compatible, go give it a look.