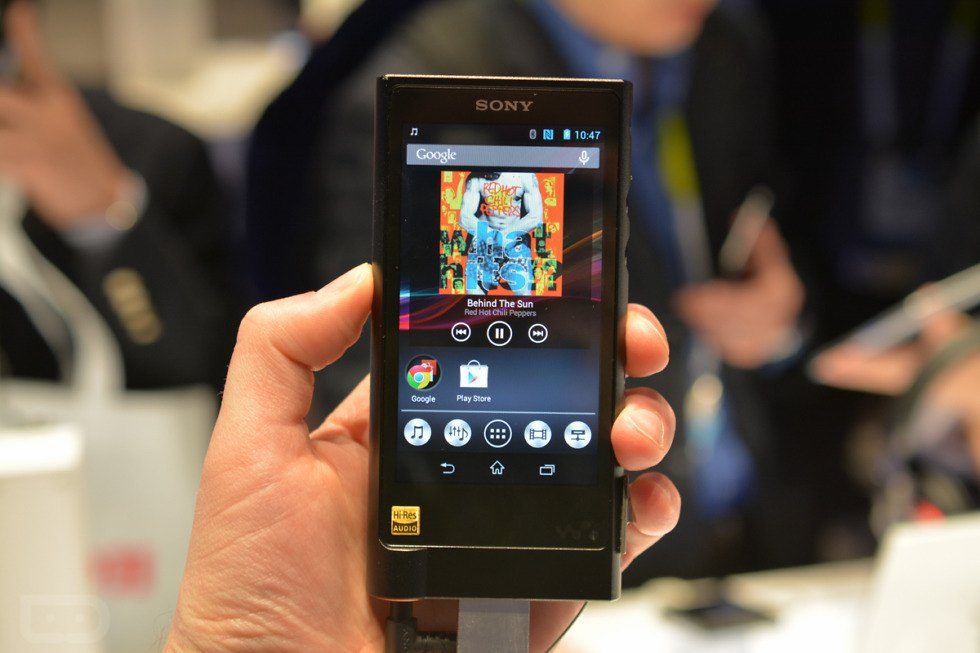 When Sony announced a new Walkman during its press event at CES yesterday, I just knew I had to get my hands on it. As an owner of previous Walkman players, back in the 90s, I was excited to see how Sony would market one which runs Android and looks much like a smartphone.

Sony expects to price the Walkman NW-ZX2 around $1000, shipping it with Android 4.2.2, which is apparently the most stable build of Android released. When asked, a Sony representative stated that the company was more focused on delivering a consistent and smooth experience, not running the latest build of Android. Needless to say, it is possible Sony will not spend many resources on updating the Walkman anytime soon to Lollipop.

As for the hardware, the build quality is very nice. The device features a leather-like textured backside, smooth yet firm to the hand. The player is heavy, though, weighing 235 grams. It also features 128GB of built-in storage, as well as microSD card support.

Making the Walkman cost so much is the high performance audio software built into the operating system. What Sony can do with this is take your existing low quality audio tracks, then turn them into high fidelity audio, with a much wider range of highs and lows. Essentially, if you plan on dropping the $1K+, don’t think of it as if you are buying just a player, but your entire music catalog over again in high quality. Kind of a nice idea, but may be priced way too crazily for your average music lover.

We have a hands-on video and full gallery below. 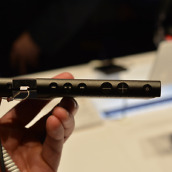 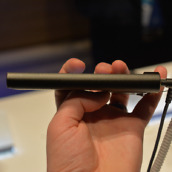 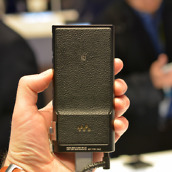 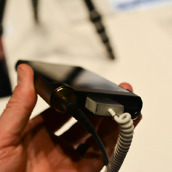 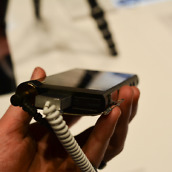