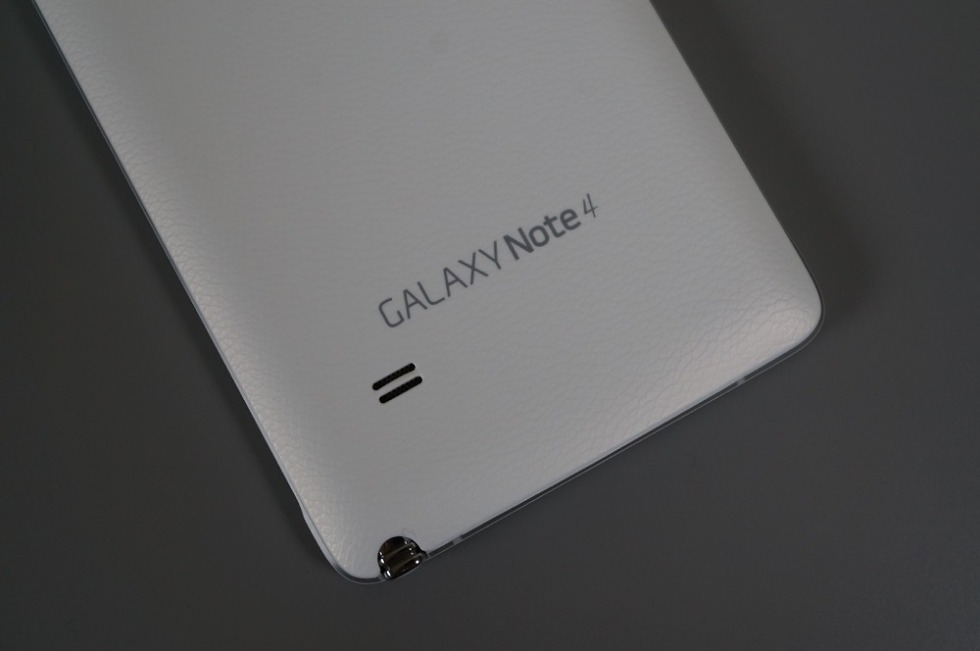 The Verizon variant of the Samsung Galaxy Note 4 is receiving an update today that introduces support for Samsung’s newly released Gear VR headset, along with a bunch of bug fixes and performance improvements. The new software drops in as version VRU1ANJ5.

The Samsung Gear VR went on sale earlier in the week through Samsung’s website (AT&T too), but those who purchased the device with a Verizon Note 4, noticed that the devices weren’t compatible quite yet. In a somewhat surprisingly speedy move, this update addresses that problem. Seriously, I almost can’t believe the timing. But hey, Gear VR now works with the Verizon Note 4, only days after being released.

The rest of the update – as I just mentioned – includes fixes for things like errors that showed in security settings, compatibility issues with Google Drive and Office viewer, errors affecting fingerprint scanning, and buggy email notifications. Samsung and Verizon are also improving WiFi performance and making fonts and colors more legible. Oh, there is new bloatware as well – transparent Amazon Widget, Softcard (previously ISIS), and an update Galaxy Essential widget.

The update is rolling out to some right now, so feel free to check for it in Settings>About phone. 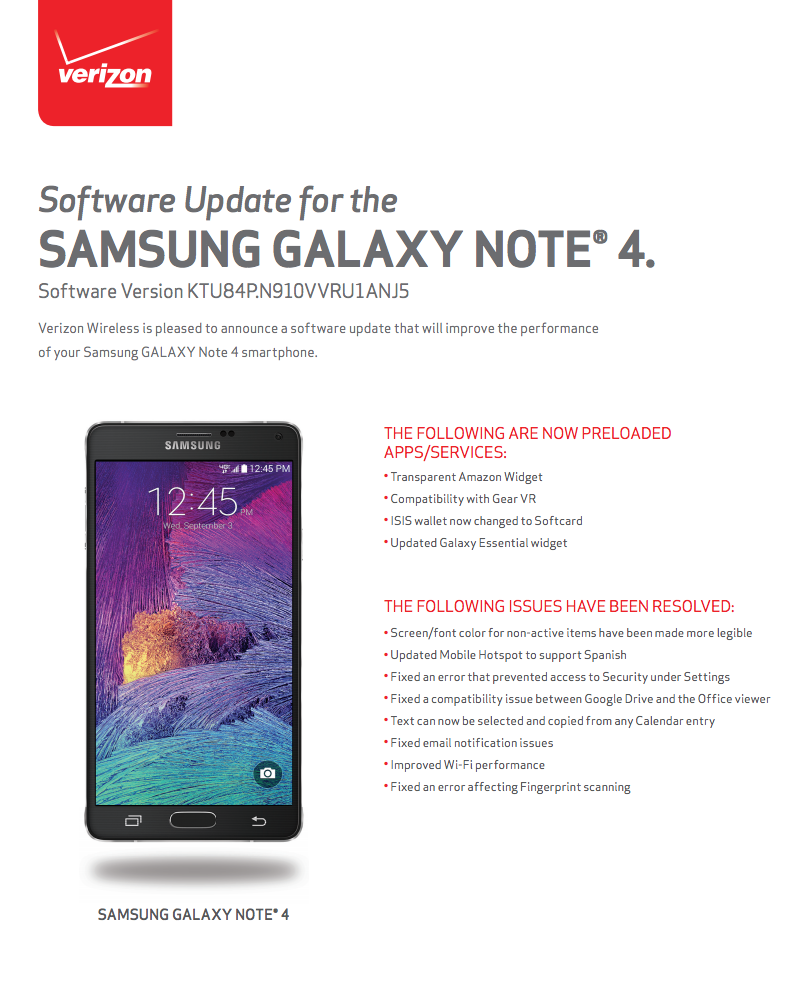