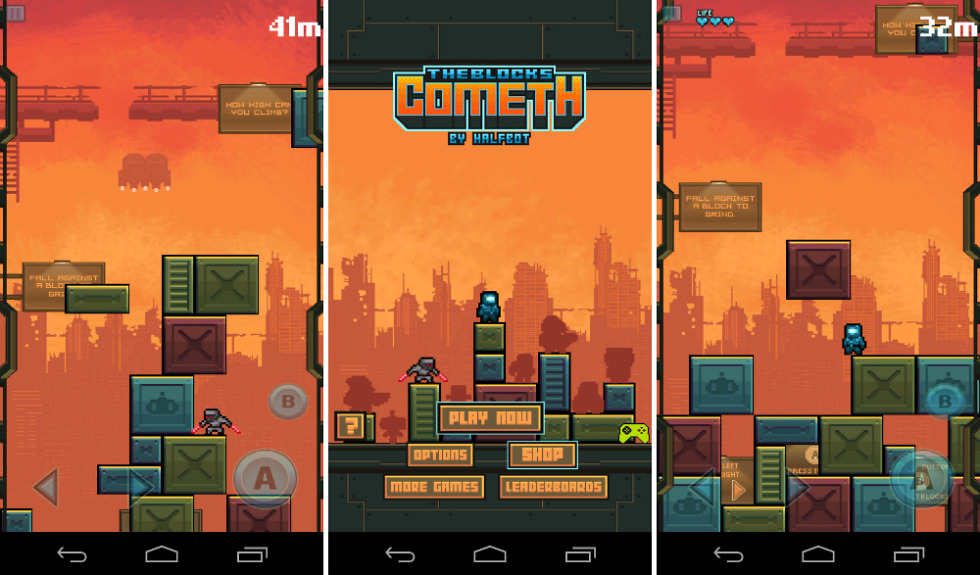 A new game from Noodlecake Studios called The Blocks Cometh released onto Google Play today, priced at just $1.99. The game, which is placed around the destruction of a random world, has a protagonist attempting to climb blocks as high as he can without being crushed or falling to his death.

The best way I can explain the gameplay is like Tetris, except instead of utilizing the blocks as they fall, you must climb them, and can also destroy blocks if they get in your way. The overall goal is to jump and double jump into the sky, with there being no limit as to how high you can go.

There are different game types to choose from, as well as the ability to connect to Google Play Services for leaderboards and achievements.