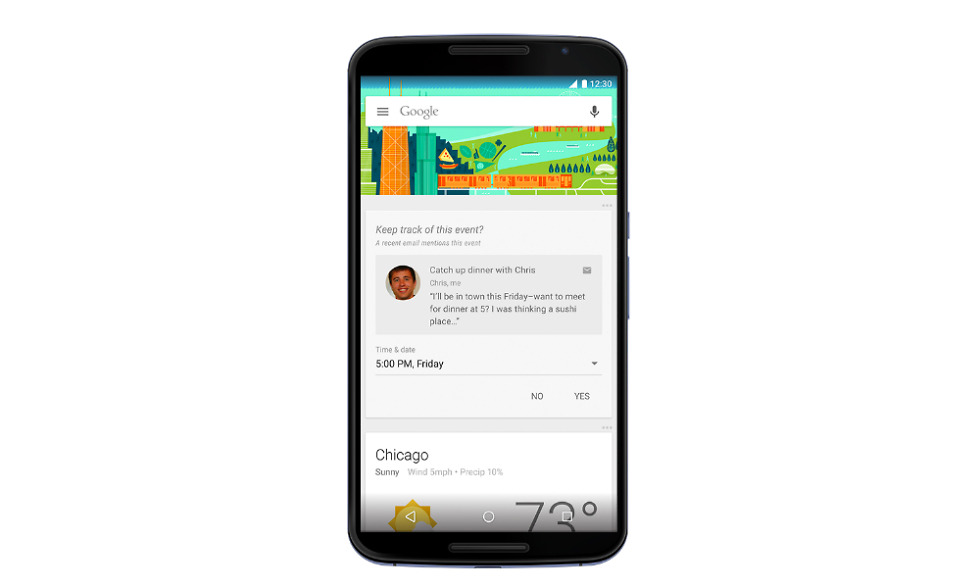 An updated version of the Search app is rolling out today for Android devices, the same version featured on the Nexus 6 and Nexus 9, complete with an updated look and brand new features. What features, you may ask? Well, starting today, users will see an updated layout when asking where the best Korean BBQ places in town are, and the same layout will be applied when asking for locations to other businesses.

Beyond the new Material Design look in the app, users can search inside of on-device applications, such as Tumblr. A gif we have pasted below shows this feature in action. Simply say “Ok Google, look for blah blah in Tumblr.” Google will open the app, then get to searching.

Finally, users will have access to a “flip a coin” feature. Just say, “Ok Google, flip a coin.” This will help you decide which one of two things you will be doing. Give it a whirl.

It appears you might need the updated version of Search on Google Play, plus a few server-side changes need to be done, so keep you eyes peeled. Also, Google will likely use staged rollouts, so if you don’t see it live yet, remain patient for your turn.