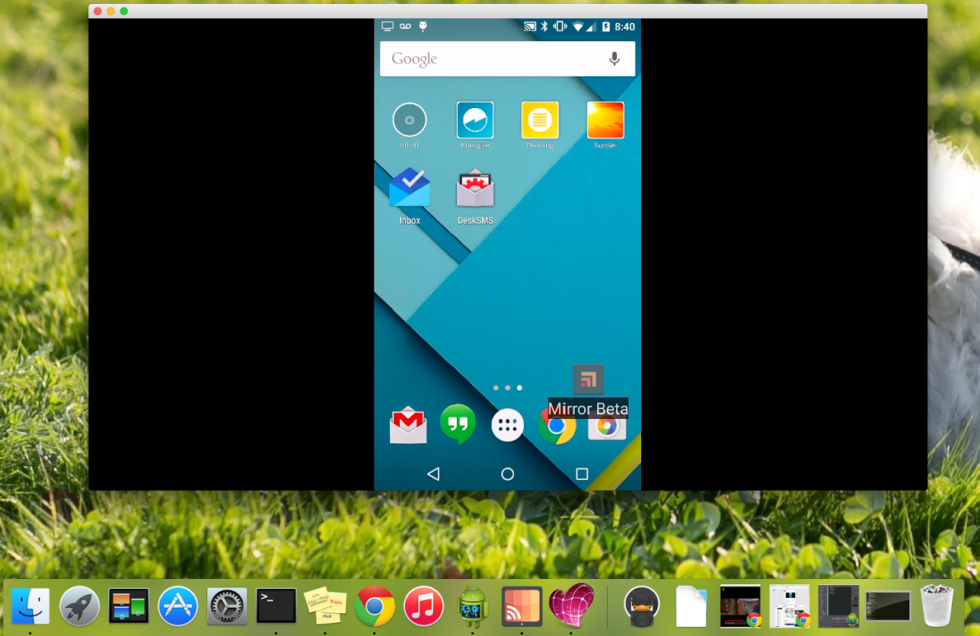 A new app from Koush has hit Google Play called Mirror, one which allows non-rooted Lollipop users to record their screens as a video, or cast their screens up to the big screen in the living room using Google’s Chromecast hardware. If you are still on Kit Kat, though, don’t worry, as rooted users can also use the application.

As another added bonus, users are not limited to just the dongle, with Fire TV, Apple TV, and Chrome users on a desktop also able to stream live video to their respective platforms. For that function, you will only need to download the necessary app (AllCast) which Koush has previously made available for each platform.

As noted, the application works fine for users on Lollipop, but if you are running Android 4.4+, then you will need root access.

The app is free to use through Google Play, so go check it out.