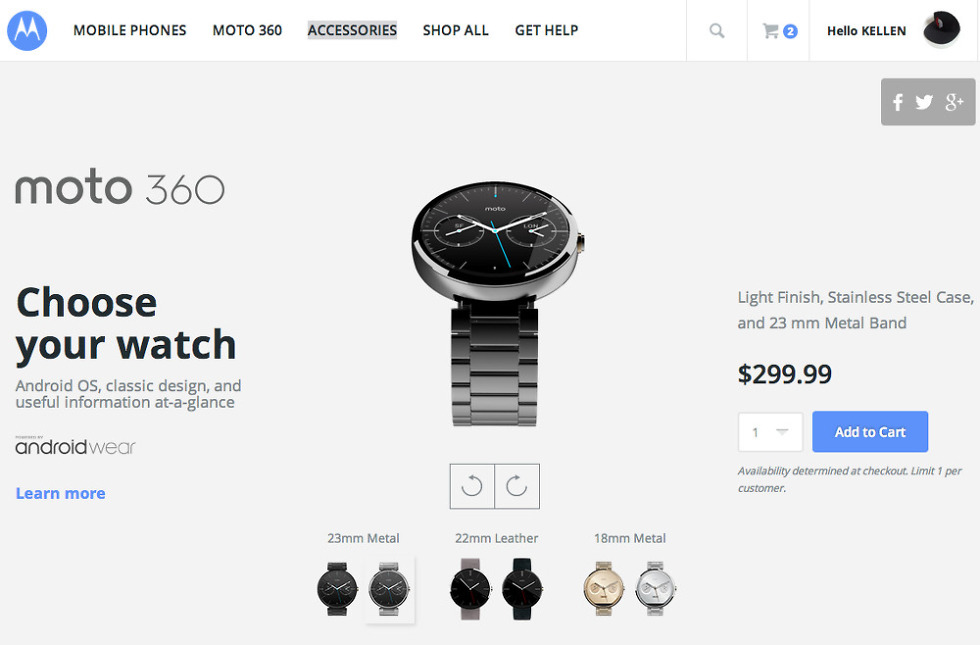 As we mentioned earlier, thanks to prematurely posted announcement from Motorola, the Moto 360 in metal was due to be released at some point today. Well, that time is now. You can head over to Motorola’s store and purchase the Moto 360 in dark or light metal for $299.

The smaller 18mm models are listed, but they won’t be available until closer to the holiday season.

We are still on the lookout for individual bands in metal and leather.