It’s official as of midnight last night – Motorola is now a Lenovo company. The companies both announced that the acquisition is complete at a total purchase price of $2.91 billion. With the acquisition, Lenovo is now laying claim to the “3rd largest” smartphone maker in the world title, and as you can imagine, has big plans for their new smartphone maker.

According to the companies, Motorola will remain a wholly-owned subsidiary with its headquarters in Chicago, along with additional offices around the world and in Silicon Valley. The Moto and DROID brands will continue to live on as well, all under the leadership of Motorola’s Rick Osterloh, who will stay on as president and chief operating officer of Motorola.

The official word on all of that from Motorola is:

As excited as we are about what’s changing, we’re also pleased with what we are carrying forward with us. We will be a wholly owned subsidiary of Lenovo and remain headquartered in Chicago’s Merchandise Mart while maintaining offices around the world, including in Silicon Valley. The iconic Motorola brand will continue, as will the Moto and DROID franchises that have propelled our growth over the past year. We will continue to focus on pure Android and fast upgrades, and remain committed to developing technology to solve real consumer problems. And we will continue to develop mobile devices that bring people unprecedented choice, value and quality.

“Motorola has already built solid momentum in the market, and their recent results show consumers are excited about their exceptional products that stand out for their design and simplicity,” said Liu Jun.  “With the complementary strengths of our two companies, we expect to sell more than 100 million mobile devices this year – including smartphones and tablets – by leveraging the Lenovo brand’s leading market position in China, our shared momentum in emerging markets, and Motorola’s strong foothold in mature markets like the U.S.”

Oh, and Google’s Larry Page had this to say:

“Motorola is in great hands with Lenovo, a company that’s all-in on making great devices.”

Yes, Larry, I’m sure they are actually excited about a company behind them that is “all-in.” 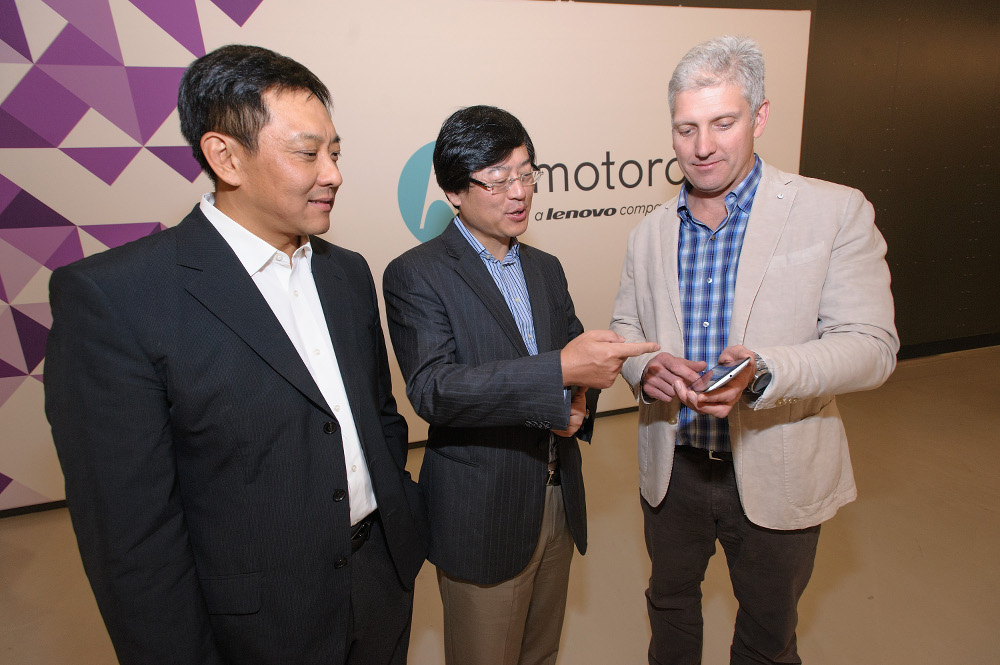