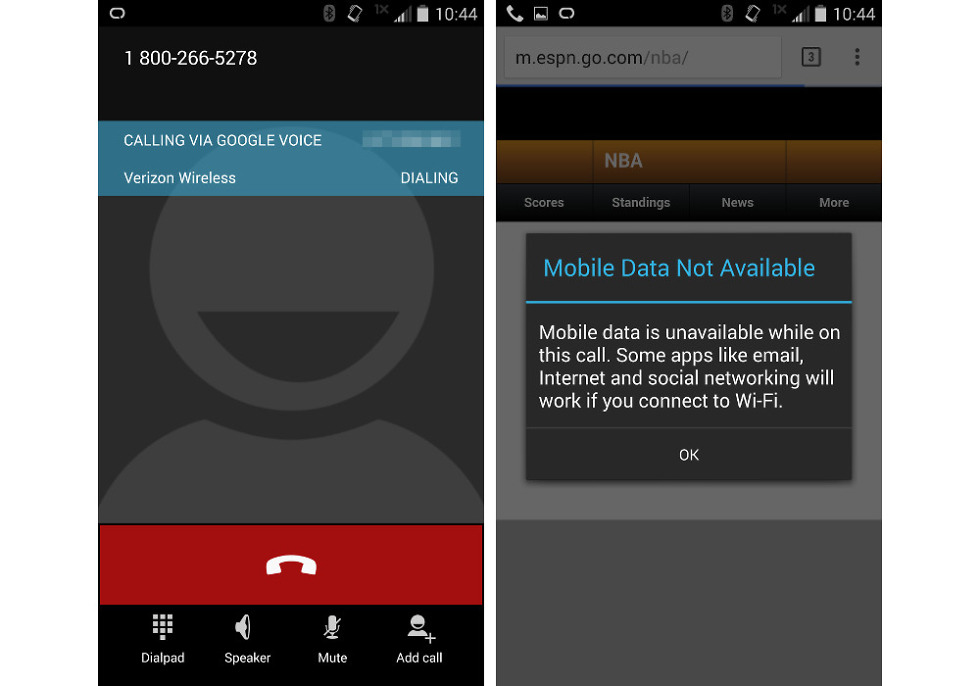 As a quick heads up, we wanted to make sure the new DROID Turbo owners in the building were aware of a feature that isn’t currently available on their device, but will be by the end of the year – simultaneous voice and data. We aren’t sure why the device isn’t capable of simultaneous voice and data out of the box, but Verizon has confirmed to us that Advanced Calling 1.0 (which is their version of VoLTE) is required for it to work. Verizon has also confirmed to us that Advanced Calling 1.0 will arrive by the end of the year.

Why are we pointing this out? Well, we first reported this news prior to the launch, but now that we have the device in hand, were able to test and confirm that the feature is missing. This is important to know for those of you who place phone calls, but still need a data connection while on a call to access apps, email, or the web.

Again, the feature is coming with Advanced Calling 1.0 before the end of the year. In the mean time, you will have to be on WiFi during calls in order to maintain a data connection with apps or your browser.