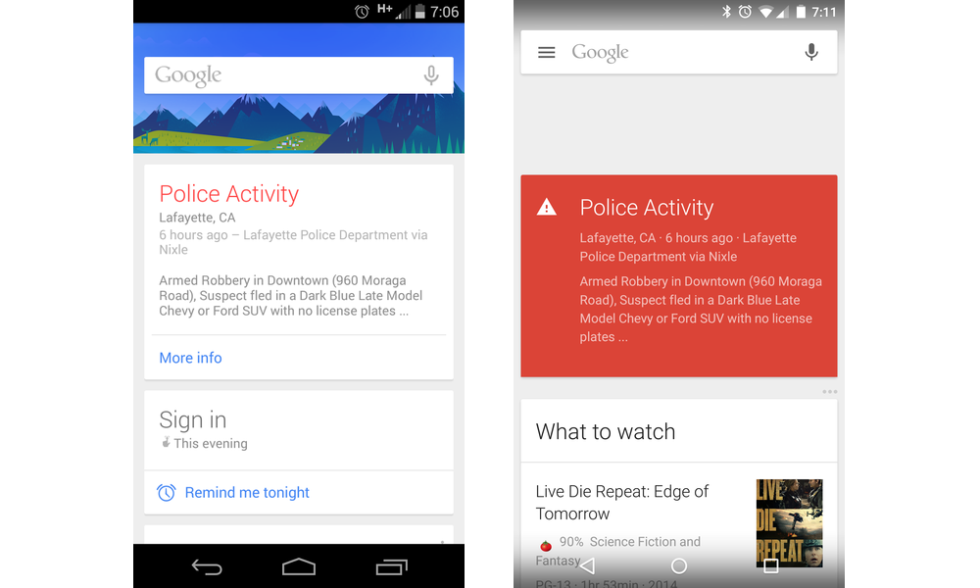 Google Now, the prescient digital assistant, earlier this month and last began reminding users of important stuff like voter registration and deals on airfare. Hot on the heels of those additions, another soon-to-be-indispensable card has begun popping up for users – information about local police activity.

A few folks on reddit managed to capture the card, which seems similar in appearance to the “alerts” card that appears for weather and emergency cell broadcasts. It gives just a snippet of text, the full body of which can presumably be read in your web browser of choice.

Note that the difference between the two screenshots is the result of different Search app versions; the newer Search is on the right, the older on the left.

The rollout does not seem to be the result of an app update, so we are assuming it is a server-side switch.

Let us know in the comments if the card has appeared for you.