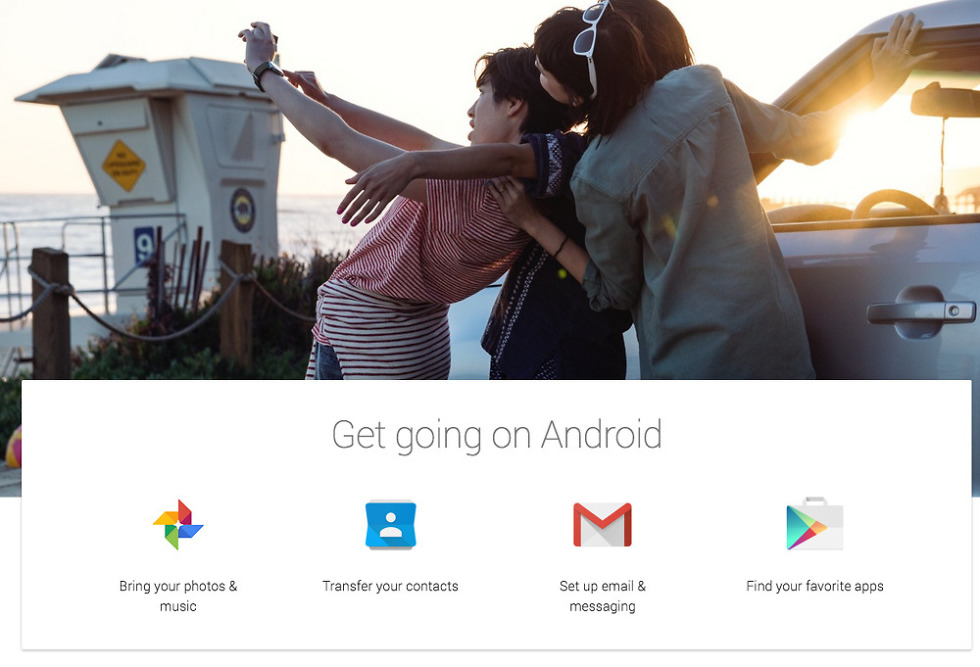 Shortly after Apple announced the iPhone 6 and iPhone 6 Plus, the company opened an official set of instructions through their support site that was focused on helping Android users migrate over to iOS. Apple news outlets (and heavily Apple-influenced general tech sites) thought this was huge news, for whatever reason. It was embarrassing. Forget the fact that Apple probably should have created this years ago as Android began stomping all over its market share, the Apple media shills (some random Android sites as well) decided that Apple had finally created this how-to guide because they were now expecting Android users to flock to the new bigger iPhones. Silly, I know. Anything for a good headline!

Well, Apple fan sites and soon-to-be-leavers of that painfully closed ecosystem, Google created a guide as well! Yessir, shortly after announcing Android 5.0 “Lollipop,” Google put up an entire guide on how you can easily switch over from iOS to Android. You won’t see this make headlines for two days like Apple’s guide did, but that’s fine by us. And so you know, we purposefully skipped the dirty clickbait headline that was tempting us as this post was being put together.

So what does Google suggest you do as you make your way over to the promised land of smartphone operating systems? It’s all pretty simple, actually.

Google targeted four categories to help make the transition easy enough:  Photos and music, contacts, setting up email and messaging, and finding your favorite apps. There are instructions for uploading photos through the Google+ Photos app and transferring over your iTunes library through Google Play Music. They provide step-by-step instructions for dealing with your contacts in iCloud as well. Google even mentions that you should have no problem finding all of your favorite apps on Google Play, as well as some new ones. Oh, and don’t forget to turn off iMessage!

The full guide can be found at the source link below, sans clickbait.