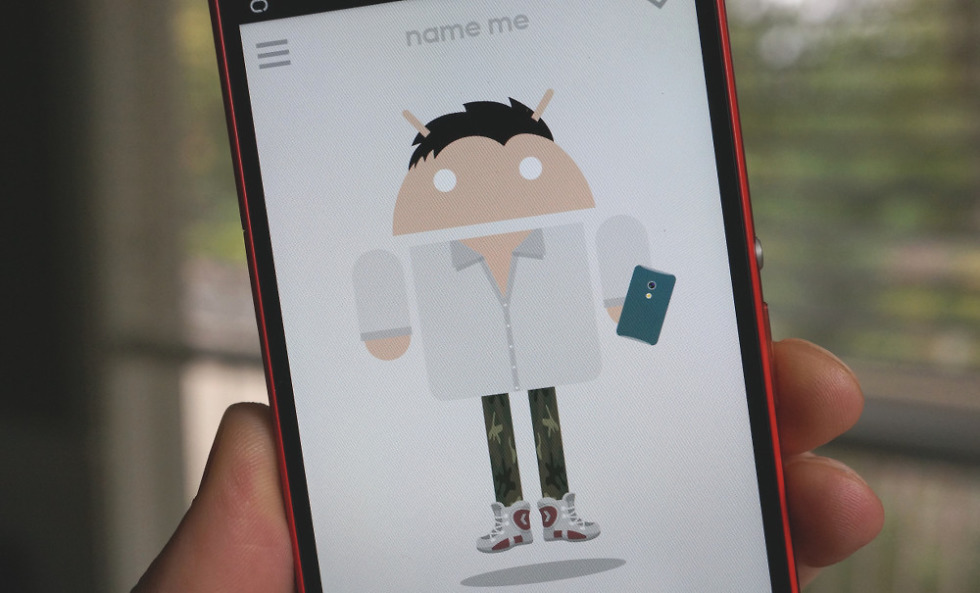 Google’s Androidify app received an update today, likely because Android L (“Lollipop“) will be unveiled later on along with a new campaign surrounding the customizable Android character app. The app has been redesigned, is much more share-friendly, and has new options to make the perfect version of you…as Bugdroid.

One of the new accessories – because we are buying into the hypebeast today – looks a lot like the soon-to-be-announced Nexus 6. You can see it on the character I created in the image above. It resembles a Moto X, the phone the Nexus 6 is designed around, with that back dimple and camera placement. Yep, I would say that that is it.

You can grab the new version of Androidify through the Play store; no need for an APK sideload this time.