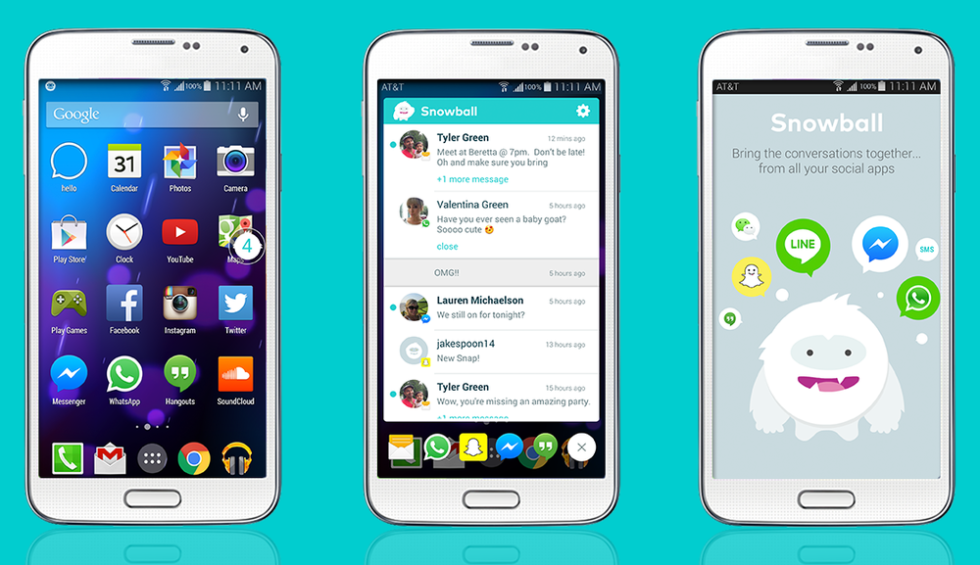 Snapchat. Facebook Messenger. Hangouts. Many of us deal with these chat apps and more on a daily basis, but having to navigate through multiple interfaces to send messages through each is, to put it lightly, less than optimal.

Snowball, a startup backed by Google Ventures, attempts to minimize the juggling by displaying messages from various apps in a single, e-mail inbox-like interface. Accessible via a floating icon which evokes Facebook’s Chat Heads, a pop-up list of your messages, ordered chronologically, makes keeping track of conversations across platforms a little bit easier.

The app is not without its limitations, though. Snowball does not plug into messaging apps directly, as tapping on a message to respond will kick you back to the associated app. Basically, Snowball does not really serve any other purpose than consolidating a few notifications right now. That may change in the future, but any advanced functionality would require the unlikely cooperation of third parties.