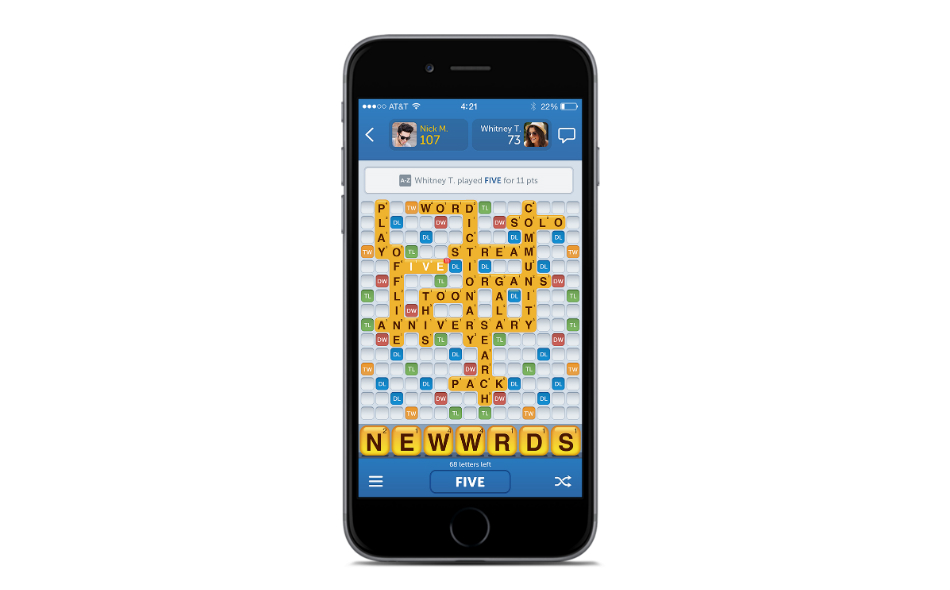 Words With Friends, the game that pits two friends against each other in a game of Scrabble, received a massive update this morning. Zynga has pushed big changes to the app, giving it a complete makeover, more social network integration, and more details into the type of player you are.

Besides the face lift, which brings a very flat feel to the entire app, Zynga has enabled a word-of-the-day feature, which should help boost your vocabulary ever so slightly with each passing day.

In addition, Zynga allows users to track their stats across their career. I can vouch for this as I have been playing since 2010, and all of my stats appear to be intact and ready for digesting. Nice touch, Zynga.

The update is available on iOS and Android devices today, so go grab it.