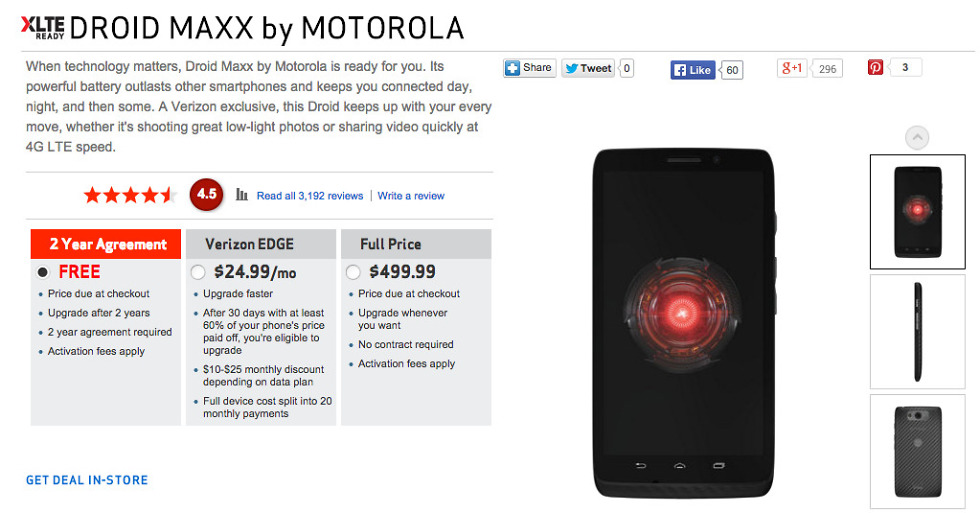 Real 2-day battery life can now be had at Verizon for free with a new 2-year contract, thanks to a price drop of the DROID MAXX. The phone was previously listed at around $50 on-contract, but with the DROID Turbo headed to Big Red in the very near future, it’s probably time for them to blaze through remaining inventory.

The DROID MAXX, for those who need a refresher, is a lot like last year’s Moto X, which we dubbed “phone of the year.” It’s differences include massive 2-day battery life, a KEVLAR-style exterior, and capacitive navigation buttons. Other than that, the device uses all of the same features we love so much about the original Moto X, including Active Display and Touchless Control.

If you don’t need to have the newest of the new and want a solid phone that has battery life for days, this isn’t a bad deal. The DROID MAXX also runs $499 off-contract.