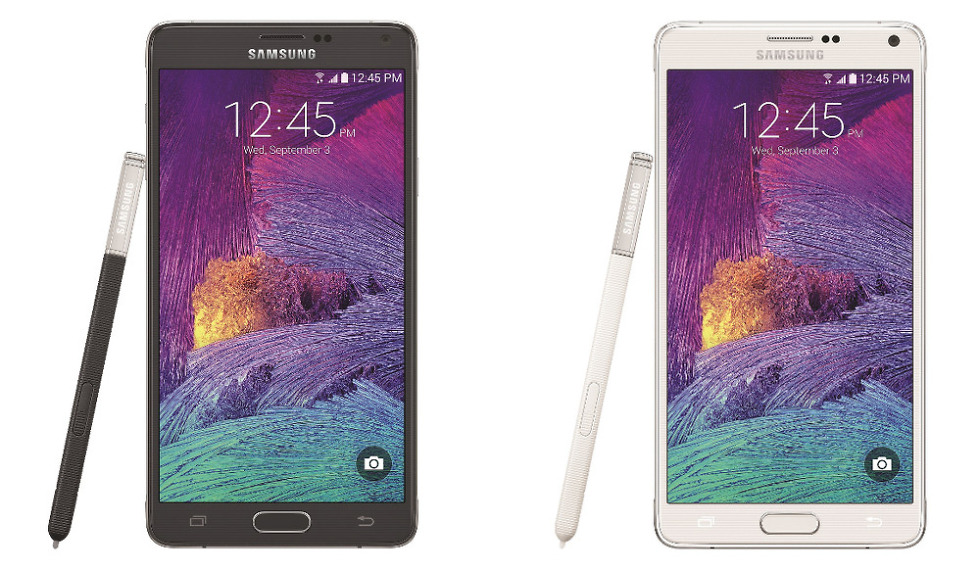 The iPhone 6 and iPhone 6 Plus officially arrive tomorrow. Oh, you don’t care? OK, good, because Samsung announced this morning that the Galaxy Note 4 goes up for pre-order tomorrow as well. Carriers are weighing too, with Verizon, AT&T, and T-Mobile all confirming that you can pre-order the phone through their stores in the morning.

The device is expected to arrive in stores on October 17.

Verizon will go live with pre-orders at 12:01AM Pacific tonight at a price of $299 on-contract. At that price, you are looking at 32GB of internal storage, a 5.7-inch QHD Super AMOLED display, 16MP rear camera with OIS, 3.7MP front camera for selfie snapping, 3,220mAh battery, and a brand new S Pen. (Edit:  Verizon has corrected their pre-order time which is 12:01AM Pacific, 3:00AM Eastern).

AT&T’s pre-order situation is basically identical to that. The device goes up for pre-order tomorrow at $299 on-contract. If you decide for AT&T Next, the company’s payment plan for phones, you are looking at either $34.42 or $41.30 per month in either AT&T Next 18 or AT&T Next 12, respectively.

T-Mobile, for whatever reason, isn’t opening up pre-orders until September 24 at 9:00AM Pacific. If that’s not good enough, you can at least sign-up today to be the “first to know when pre-orders open.”

We are , but the device will at least be available on the 17th of October. Update:  Sprint pre-orders begin September 26.