This past Monday, we opened up Volume 23 of the Droid Life Q&A Sessions. With Motorola, Samsung, and even Apple unveiling new products, all of you had great questions for us. The questions ranged from which OEM is doing the best this year, all the way down to which OEM is doing the worst. Of course, readers are also curious about upcoming Nexus devices as well, and so are we.

Down below, we also cover our thoughts on Motorola’s handling of the Moto 360 launch. A few may say they botched it, but it seems that we differ slightly in opinion on that subject.

For all of the answers to your questions, look right below.

What OEM do you think has made the most positive progress this year?

Kellen:  LG. They have the respect of the hardcore tech community finally, and they even seem to be gaining some traction with regular consumers too. By all means, the LG G3 is a success. People also seem to be excited about the G Watch R, as ugly as it is, so yeah, LG is doing great things.

Tim:  For smartphones, LG has really done a great job with the G3. I see plenty of marketing for the device, and people on the street can even recognize the phone when I am using it. For wearables, Motorola has made some big moves, releasing arguably the best looking smartwatch available. Each company, Motorola and LG, deserve some recognition for their contributions this year.

What OEM do you feel has regressed the most?

Kellen:  HTC continues to disappoint. The HTC One (M8) is a decent device, but HTC for some reason didn’t realize that last year’s UltraPixel gimmick needed to go. They are now reportedly entering the GoPro camera market, likely as yet another last ditch effort to keep from folding. Who knows what they are doing anymore, but whatever it is, isn’t working.

Tim:  Well, if there is one company that didn’t quite meet the hype, I would nominate OnePlus. What a bust. For whoever got their OnePlus One, I hope you like it, because there are plenty of people who are either still trying to get an invite to even buy one or have completely boycotted and given up on them forever by now. It could have been great, but a failure to meet “demand” really hurt them in the end. And don’t forget all of the marketing/contest mishaps which took place. Nightmare.

Ron:  I don’t think anyone regressed so much as they stayed the same or made slight improvements. We didn’t see regressions, but we also didn’t see massive innovation this year. We saw plenty of good phones, but nothing that was show stopping. 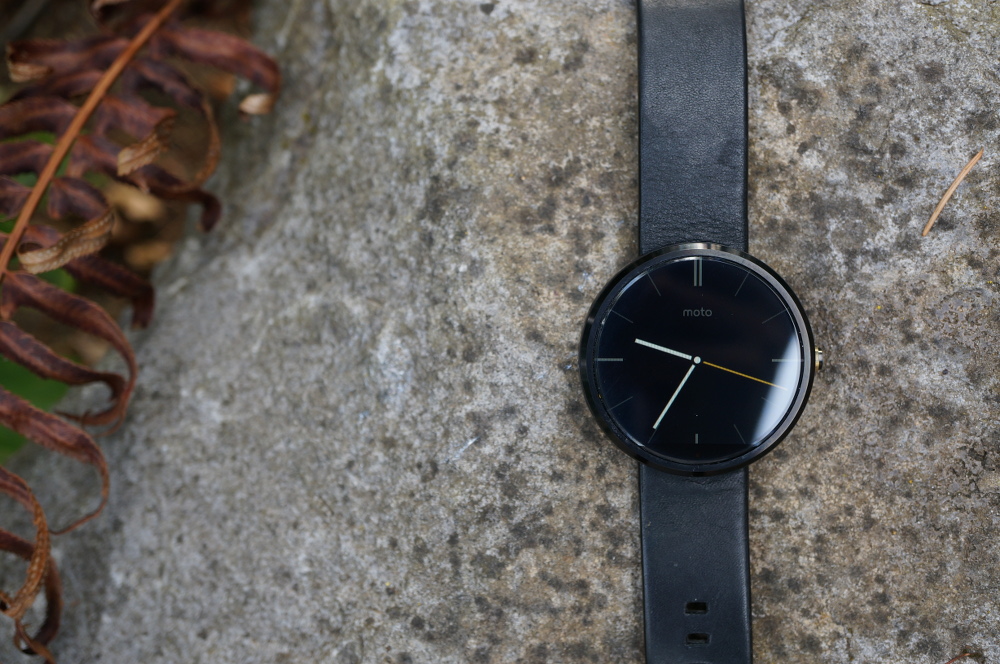 What do you think is the current state of Android Wear devices? Is it a good time to buy one, or hold out for another few months?

Kellen:  Buying the first generation of a new product is always a bit risky. The current options are the Moto 360, G Watch and Gear Live, all of which are pretty solid. The problem with the platform so far is the software. Android Wear is still basically in beta, so it lacks functionality and can be a bit buggy. It should only get better, though, and Google has promised a bunch of updates over the coming months. The devices themselves aren’t bad.

Tim:  As much as I could argue against my own point, Android Wear is a fledgling platform. It’s a baby bird, just waiting to be pushed out of the nest by its mommy bird, hoping its wings are strong enough to carry it to wherever it may go. While Ron would argue with me, it is going to be very important for Google to help incubate developers in creating awesome apps for Android Wear. While Google has released a great skeleton, it will be up to developers and OEMs to really make Android Wear desirable. For now, it isn’t quite there. However, when you have a device like the Moto 360, which is completely sexy, then it almost makes up for the fact that it really doesn’t do anything in the productivity section.

What does Samsung need to do with the Galaxy S6 to regain some of the momentum they have lost over the past couple of years?

Kellen:  That’s a really tough question. I don’t even know what they are doing wrong – people just have more options now. I think Samsung took the world by storm as the logical choice next to Apple, created the Note out of no where alongside the Galaxy S line, and then peaked. Like Apple, everyone must fall at some point. They’ll be fine, but they may not see that wild success ever again that they once had. The market is too saturated and there are too many other quality players now.

Tim:  Cut the sh*t, Samsung. Rip out 50%+ of your bloatware, and get back to designing better hardware. Drop the damn Home button while you are at it. The rest of the Android OEMs realize Google doesn’t want to see it, so open your eyes. Sure, it sells, but that’s because people don’t have a choice. They see so much marketing for the Galaxy, so they feel like there must not be a better choice. It’s kind of unfair in that sense to consumers. I just want to see better designs and less bloat. Is that so hard?

Ron:  They need to improve their hardware and software design to get journalists on board, they need to have good low cost phones to keep the majority of their customers happy, and they need to work on their advertising to keep the high end interested in a Galaxy. Saying you were there first isn’t going to deter people from switching to an iPhone; saying you still have things the iPhone doesn’t (and that people actually want to have) is compelling.

A lot of people seem upset at how Motorola has handled the launch of the Moto 360. What is your impression of this situation? As tech consumers, what are reasonable expectations for us to have?

Kellen:  The only problem I see is that they didn’t have enough available at launch. In two weeks when they catch up on inventory, we’ll all forget about everything.

Tim:  People should have seen that coming. After months of hype, people wanted the watch. Unfortunately, Moto couldn’t handle the demand. But don’t worry, more units are inbound. If you weren’t quick on the draw, you have to be patient. That’s how it works. Just ask anyone who waits in line for an iPhone 6, then gets turned away because the store only had so many units. It happens every year.

Ron:  They pre-announced the Moto 360 by months, ostensibly to get more watches into production, and then had inventory issues. I don’t think it’s unreasonable to say that Motorola underestimated demand, but I do think it’s unfair to say that they ruined their chance. Most everyone still agrees that the 360 is the best smart watch to get right now, so people will get it if they want it when they can.

Tim:  I enjoy just starting up radio stations and letting them play out. I have a few bands I like to start with, being Red Hot Chili Peppers, Weezer, Gojira, Jimi Hendrix, Queen, and the list goes on.

Ron:  I don’t use Google Music, but I’ve been listening to The Guardians of the Galaxy soundtrack (Awesome Mix Vol 1) and Shake It Off by Taylor Swift a lot.

What was the most exciting thing announced in tech for you this month?

Kellen:  Everything Apple just did. Because after all these years of hate by Apple and their fankids, our thoughts on bigger phones, higher-res displays, and wearables were right. This was Apple admitting that they were wrong again and again. Piss off, Apple.

Tim:  As much as I enjoyed covering Apple’s announcements, I think this month was highlighted by the Moto 360 and new Moto X. The 360 is what I have been waiting on forever, and I’m excited to at some point get my hands on a customized Moto X. Gimme gimme, Moto.

Ron:  It wasn’t announced per say, but I’m very excited to see how Extensions make iOS more functional like Android has been. 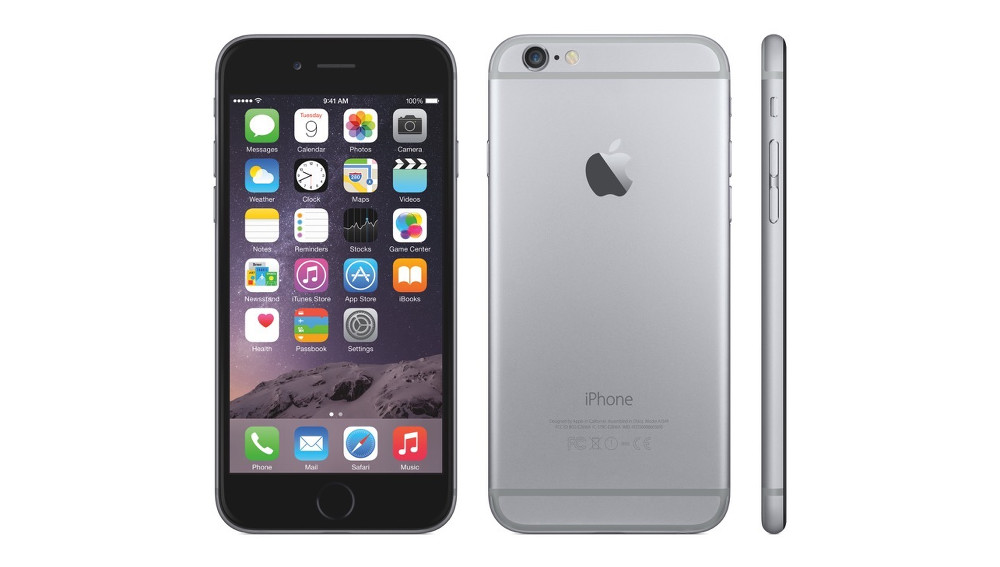 Which video games, console or mobile, are you looking most forward to?

Kellen:  I’ll let the others answer this. My life is filled with a 10 month old, so I have no time to even breath, let alone think of games.

Tim:  OMG. There is only one game I am keeping track of – Alien: Isolation. It. Looks. Amazing.

Ron:  I’m very interested in Destiny, but I probably won’t play it for a long time since that would require buying an Xbox One and a new TV.

What can we expect from the next Nexus phone?

Kellen:  Everything surrounding the next Nexus is a bunch of wild rumor and speculation. I would tend to lean towards the reports of “shamu” being real, though, so a large oversized phone would’t shock me. I don’t think Google is going to give us two Nexus phones – just a tablet from HTC and a whale of a phone from Motorola come early November or late October.

Tim:  Just like every year, I am guessing we can expect bumps in the specs, but with talk of Motorola’s Shamu Nexus, I am a little scared of what might come. Is it really going to be massive? 6″? Please, Google, don’t do it. From the leaks we have seen so far, it is looking like the Nexus 9 and a mystery Shamu Nexus is what we are getting.

Ron:  I wouldn’t expect it to be game changing. I would expect more of what we’ve seen from Google for the past 2 years: Nice looking phones with flaws that make the X, One, S5, Z3, and G3 seem more appealing.