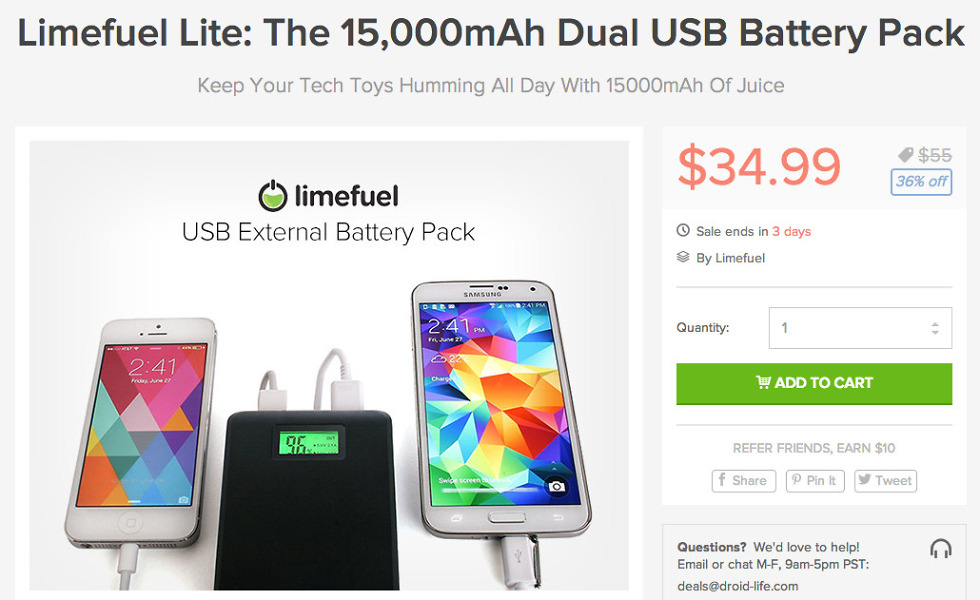 Over in our newly unveiled Droid Life Deals section, we wanted to point out a current deal for the Limefuel Lite 15,000mAh battery pack, which can be had for just $34.99 (36% off). The deal is only good through the weekend, ending on Monday, September 15.

The Limefuel Lite 15,000mAh battery pack that can charge your tablets a couple of times on a single charge, or your phones even more. For example, the LG G3 sports a 3,000mAh battery, which means the Limefuel Lite could give you close to five full charges while on the go. The pack also features s digital display to show you exactly how much juice is left, along with two USB ports, so that you can charge two devices simultaneously.

I own a handful of portable battery packs like this for traveling or on days when I may be out of the house for an extended period of time. Even though today’s devices all carry serious batteries, you just never know when you might need some extra juice.